Hublot (French for “Porthole”) is an avant-garde watch brand that has seen remarkable success in its relatively short lifespan. Pre-owned Hublot watches like the Classic Fusion, Big Bang and King Power are in high demand alongside vintage Hublots by collectors. 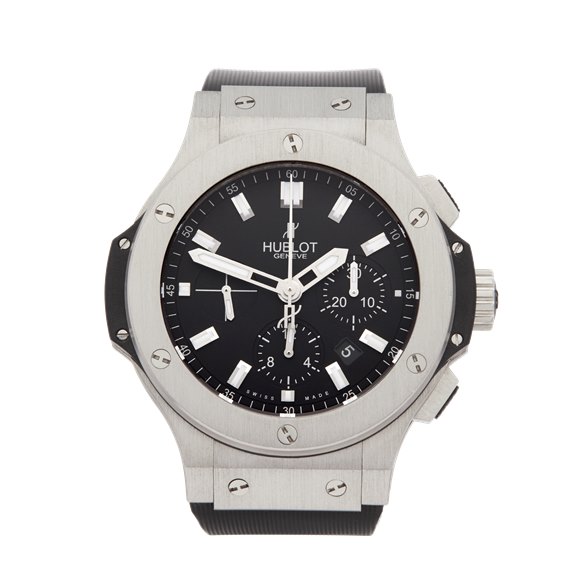 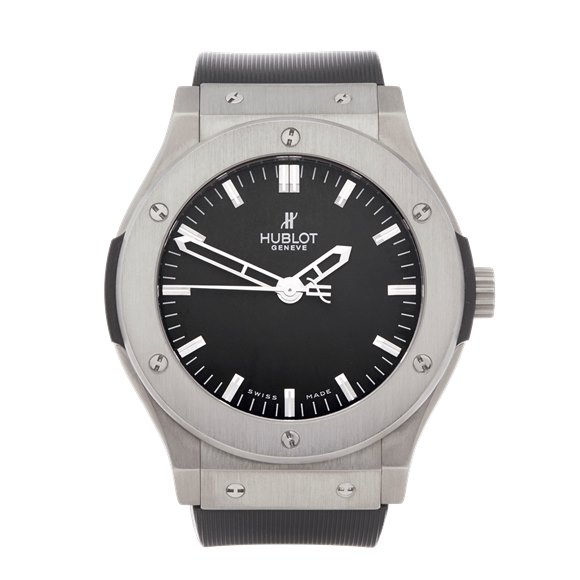 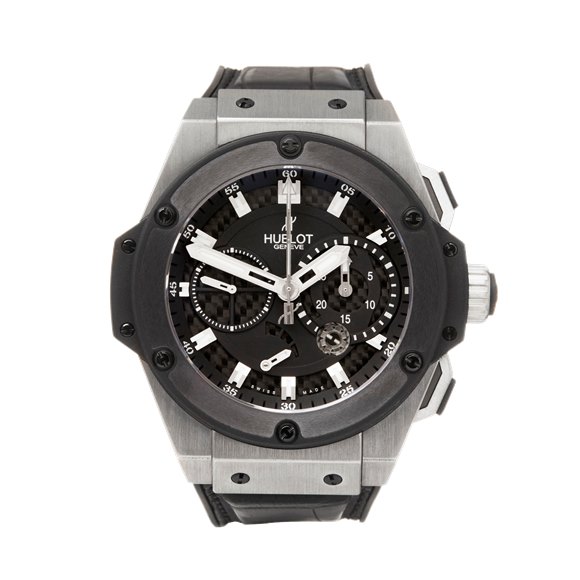 Hublot (French for “Porthole”) is an avant-garde watch brand that has seen remarkable success in its relatively short lifespan. It was founded by Carlo Crocco in 1980 and its first watch, the Hublot, was a strong challenger to Audemars Piguet’s iconic Royal Oak. But it wasn’t until 2004, when Jean-Claud Biver took over, that Hublot started to hit the mainstream. Biver introduced the Big Bang collection, a modern reinterpretation of the Hublot, which is now one of the most recognisable luxury watches in the world. He also introduced new and innovative materials and redefined the concept of the high-end watch. In 2008, Hublot was acquired by LVMH and vastly increased its production. Nowadays, as well as being official timekeeper of the FIFA World Cup, Hublot sponsors many headline sports stars and celebrities, such as Usain Bolt and Jose Mourinho. Pre-owned Hublot watches like the Classic Fusion, Big Bang and King Power are in high demand and vintage Hublots are targets for collectors.

In the mid-1970s, watchmaker Carlo Crocco broke away from his family’s brand and spent three years developing his own piece, the Hublot. He unveiled the Big Bang Red Gold  at Baselworld, 1980, and despite not attracting any buyers at the fair it came to be one of the watches of the year selling 2 million in its first year alone. It had a porthole-shaped case, not unlike the iconic Audemars Piguet Royal Oak released eight years before, but it was gold, minimal, and it had a rubber strap. This was very unconventional as rubber had never been used before on a luxury watch strap and it was unusual to see a sporty style in a precious metal. But by the ‘90s the Hublot was on the wrists of celebrities and members of European royalty.

When Crocco was ready to wind down in the early 2000s he convinced the ambitious watch industry dynamo Jean-Claude Biver to take over the reigns of Hublot. In Biver’s first year he proposed a new watch which was a chunkier, sportier and modernised version of the original Hublot. The Big Bang won “Best Design” at the 2005 Grand Prix d’Horlogerie de Genève, which is generally considered to be the “Oscars of watchmaking.”

Biver took Crocco’s concept of fusing unlikely materials and expanded on it. In 2006, he made the first all black Big Bang, which sparked an all black craze across the watch world for the next five years. He called this idea, "the art of fusion", and it forms the basis of Hublot’s ethos today. The motto inspired the name of another collection, the Classic Fusion range, which perpetuates the iconic shape of Crocco’s original Hublot.

In 2008, Hublot was bought by luxury powerhouse LVMH and it has since been on a campaign to significantly increase its worldwide appeal, partnering with FIFA, Ferrari and a number of top international sports teams including Manchester United and basketball NBL outfit Miami Heat. Today, Hublot has a huge global presence. It’s a leader in the luxury sports watch market and a regular fixture in watch awards thanks to its adventurous approach to advanced watchmaking.