Audemars Piguet has been a leading figure in Swiss watchmaking since the end of the 19th century. It built its reputation with its pioneering feats of advanced watch technology, such as making the first wristwatch with a perpetual calendar. Pre-owned Audemars Piguet watches can be found with good savings on RRP’s and thanks to their high quality and timeless style they are generally considered strong investments. 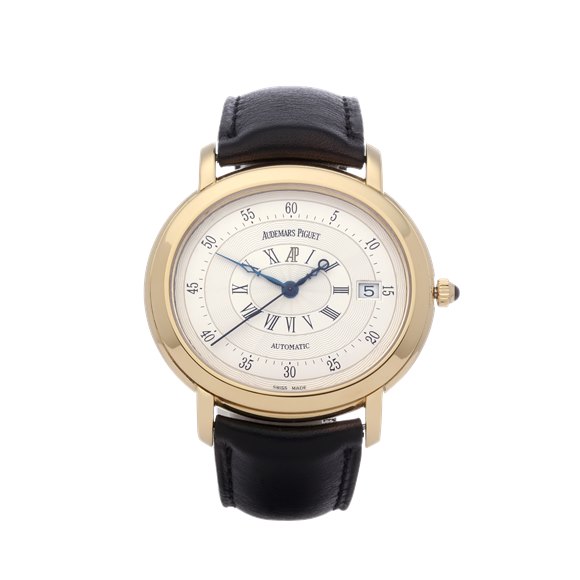 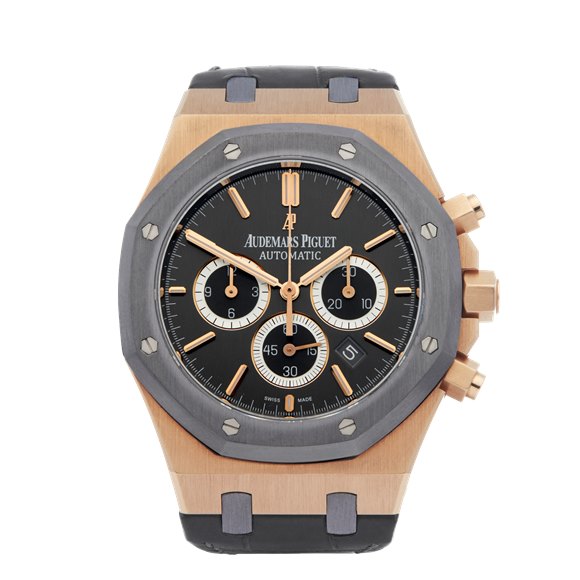 Audemars Piguet has been a leading figure in Swiss watchmaking since the end of the 19th century. It built a stellar reputation with its pioneering feats of advanced watch technology, such as making the first wristwatch with a perpetual calendar. But it was in 1972, when it hired legendary watchmaker Gérald Genta to design the Royal Oak, that it hit the mainstream. The Royal Oak launched its own category, the luxury sports watch, which today is one of the most popular genres in the world. Audemars Piguet upgraded its collection in the early nineties with the Royal Oak Offshore, which is now its most sought-after watch. Today, Audemars Piguet is a global powerhouse and boasts ambassadors of the likes of Lionel Messi and Serena Williams. Pre-owned Audemars Piguet watches can be found with good savings on RRPs and thanks to their high quality and timeless style they are generally considered strong investments.

Founding fathers Jules Louis Audemars and Edward Auguste Piguet met in 1874. They came from watchmaking families and were already experienced but together they made a first class team, with Audemars an expert in producing components and Piguet in assembling them. Still today, members of each family sit on the Audemars Piguet board of directors.

Audemars and Piguet shared a passion for making technically advanced watches. They specialised in making their own movements with challenging complications. After only fifteen years in production they won a medal of honour at the World Expo in Paris with their Grande Complication. Over the decade following, their achievements included making the world’s thinnest movement with a minute repeater and the world’s first wristwatch with a minute repeater.

The talented duo established their manufacture as one of the leaders in Switzerland and their spirit of pioneering technology continued after their deaths in 1918 and 1919. Audemars Piguet’s contributions to watchmaking over the next few decades were plentiful, including the first jumping hour wristwatch in 1921, the thinnest pocket watch calibre four years later, the first skeleton watch in 1934, and the first wristwatch with a perpetual calendar in 1957.

Despite such feats, it was a watch released in the early seventies, a time when the mechanical watch industry was in the midst of the quartz crisis, that went on to define Audemars Piguet. It had hired the talented watchmaker Gérald Genta to produce a new watch. His design, the Royal Oak, shaped like a ship’s porthole, changed the identity of luxury watches and sparked a movement that ultimately saved the mechanical watch.

With one of the most successful watches of the age under its belt, Audemars Piguet introduced the follow-on in the early nineties. The new version, the Royal Oak Offshore, was bigger, chunkier, more masculine, modernised and it had a chronograph. Remarkably, its success outweighed even that of its predecessor, with many celebrities commissioning personalised editions, making it one of the most popular luxury watches ever made.

Today Audemars Piguet makes a huge variety of high-end wristwatches. It is one of the top producers of women’s luxury watches making many specifically feminine lines such as the Jules Audemars or the Haute Joaillerie, as well an enormous variety of women’s Royal Oak and Royal Oak Offshore models. It has partnerships with many high profile sports stars including Lionel Messi, LeBron James and Serena Williams, and a huge list of celebrity fans including Jay-Z and John Mayer.