Breitling is one of the best-known watch brands. It built its legend during the war years by supplying cockpit chronographs and wristwatches to various military units including the British Royal Air Force. Pre-owned Breitling watches are amongst our top sellers and many vintage Breitling watches, particularly from the war years, are now collectors’ pieces. 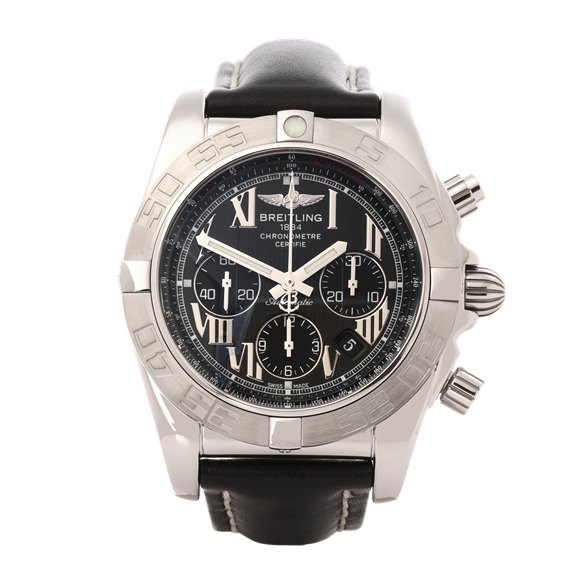 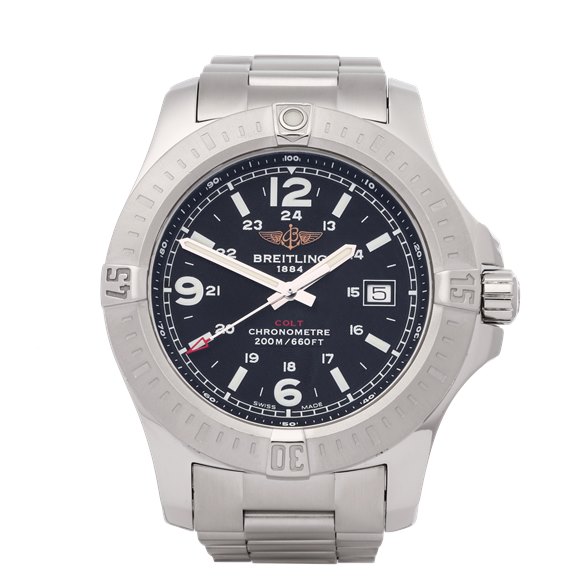 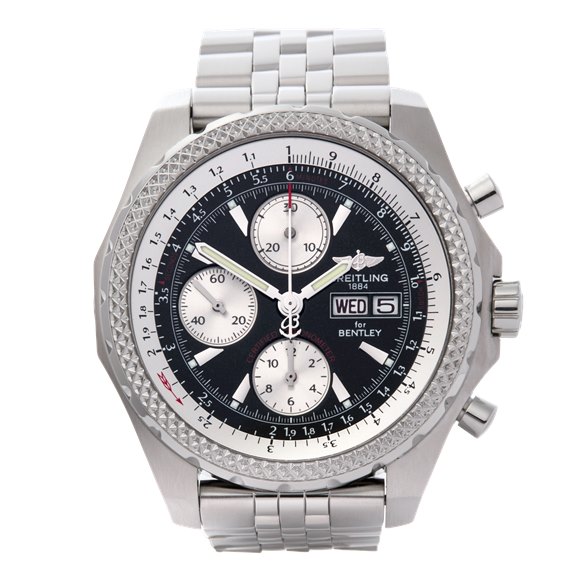 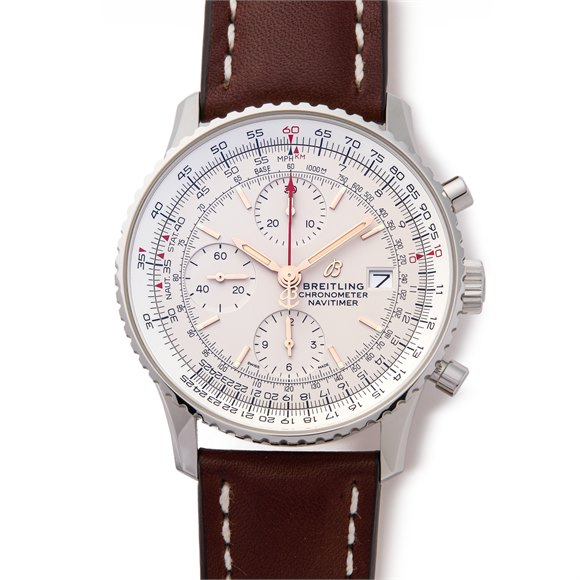 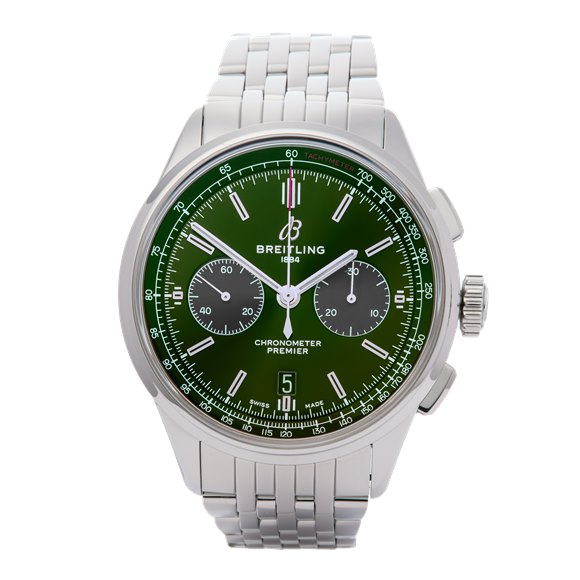 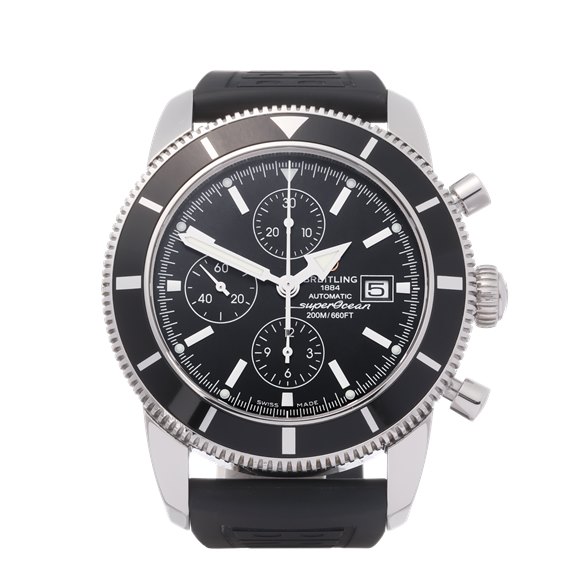 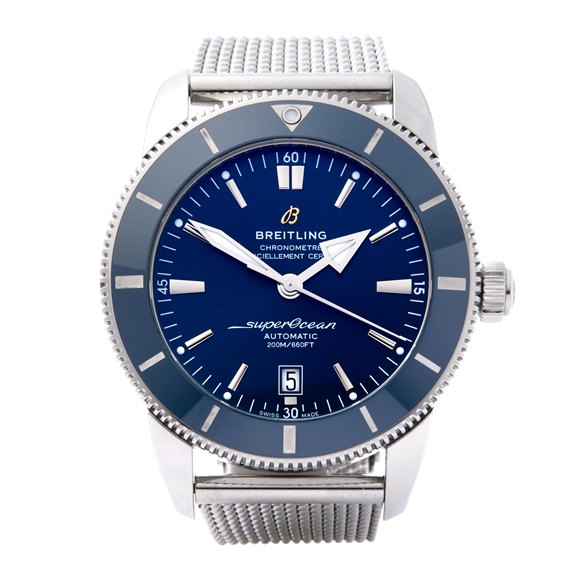 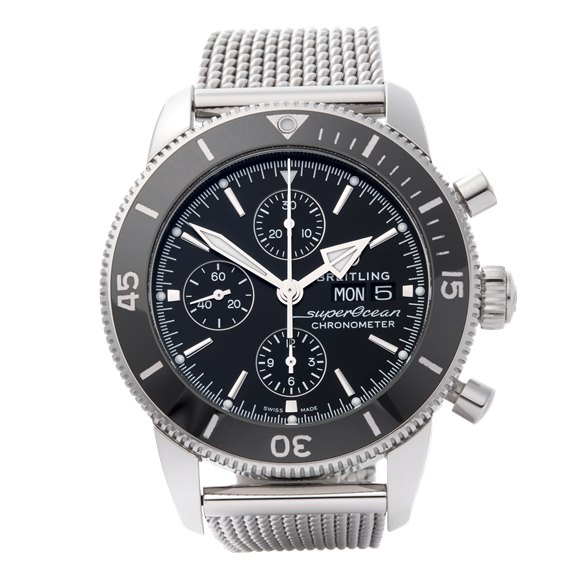 Breitling is one of the best-known watch brands. It built its legend during the war years by supplying cockpit chronographs and wristwatches to various military units including the British Royal Air Force. Then, in the early 1950s, it introduced the Navitimer, a groundbreaking tool watch that to this day is one of the most beloved pilots’ timepieces on the market. Breitling has since specialised in large, muscular men’s watches that emphasise durability and technical expertise. As well as having strong links with the aviation industry and military, Breitling collaborates with Bentley Motors on a number of watch collections.

Despite first setting up shop in Switzerland in 1884, it was during WWI that Breitling really started to forge its identity. It was also around the time the wristwatch started to win favour for its practicality. Breitling had invested in wristwatch technology and in 1915 it invented the world’s first wristwatch chronograph with a push-piece, which was a highly useful device for aviators. By the time WWII came round, Breitling was designing cockpit chronographs for the British Royal Air Force and their wristwatches had become a fashion statement for pilots and military personnel.

During WWII, Breitling took the aviation connection to the next level with the introduction of the Chronomat, the first wristwatch with a slide-rule bezel. This ingenious device could be used to calculate speed, distance travelled and, among other things, fuel consumption. While this was hugely popular amongst pilots, it was its follow-up a few years later that hit the mainstream. The Breitling Navitimer was made in collaboration with the Aircraft Owners & Pilots Association (AOPA) and it came with their stylish wings logo on the dial. This was a popular feature and Breitling eventually merged it with its own “B” logo to form the iconic winged-B that we see today.

By the 1970s, commercial aviation was blooming and Breitling logos could be seen on cockpit clocks and pilots’ wristwatches around the world. What’s more, aviation had become cool and pilot style had spilt over into popular fashion. Breitling capitalised on this and started expanding beyond aviation. In 1969, Breitling was part of the so-named “Project 99”, alongside the likes of Zenith and Heuer, which resulted in the game-changing invention of the world’s first automatic chronograph. For the next decade, Breitling focused its efforts on developing automatic chronograph calibres, which culminated, in 1984, in the new-look Breitling Chronomat, one of the top automatic chronographs on the market.

Like its main competitors, Rolex and Omega, Breitling branched out into tool watches for diving and other adventurous pursuits. In 1995, it released a pioneering watch that combined digital and mechanical and had a satellite signalling system that enables its owner to be located in a distress situation. The Breitling Emergency was a revelation and was the new watch of choice for marines, fighter pilots and adventurers. The watch has been a cult hit and has saved the lives of a number of people. In 2013, Breitling introduced the Emergency II, an upgraded version that broadcasts on two signals and can be located anywhere on earth.