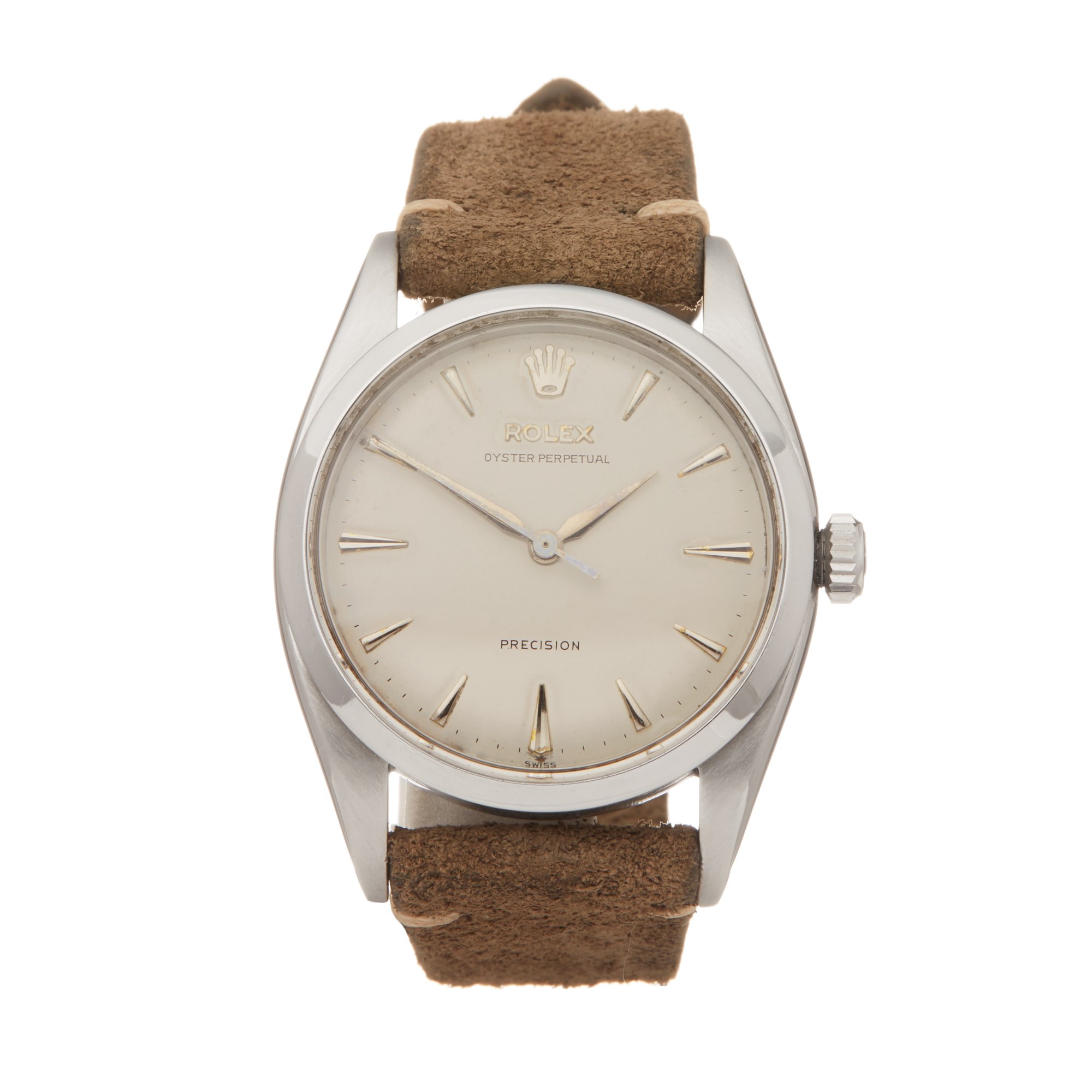 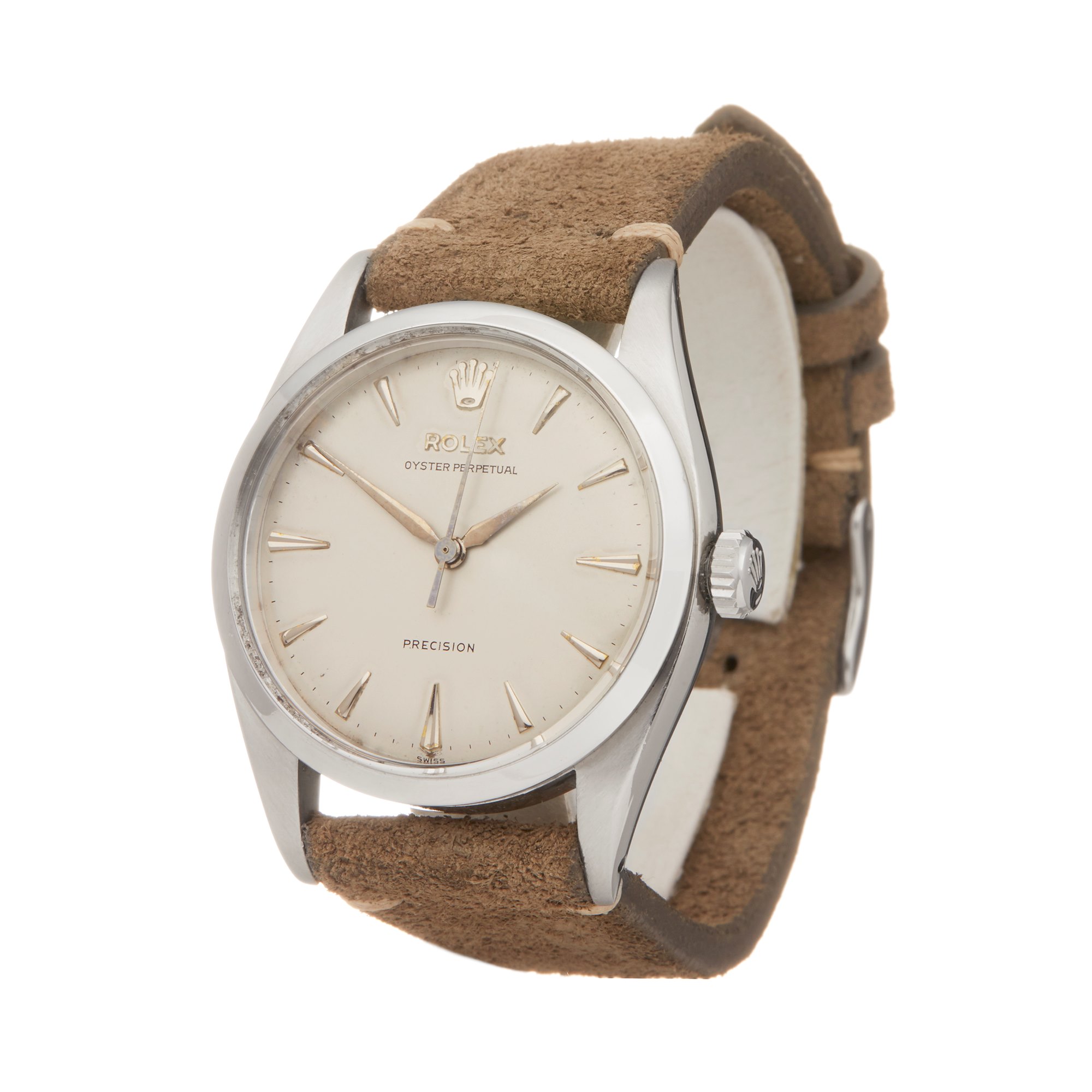 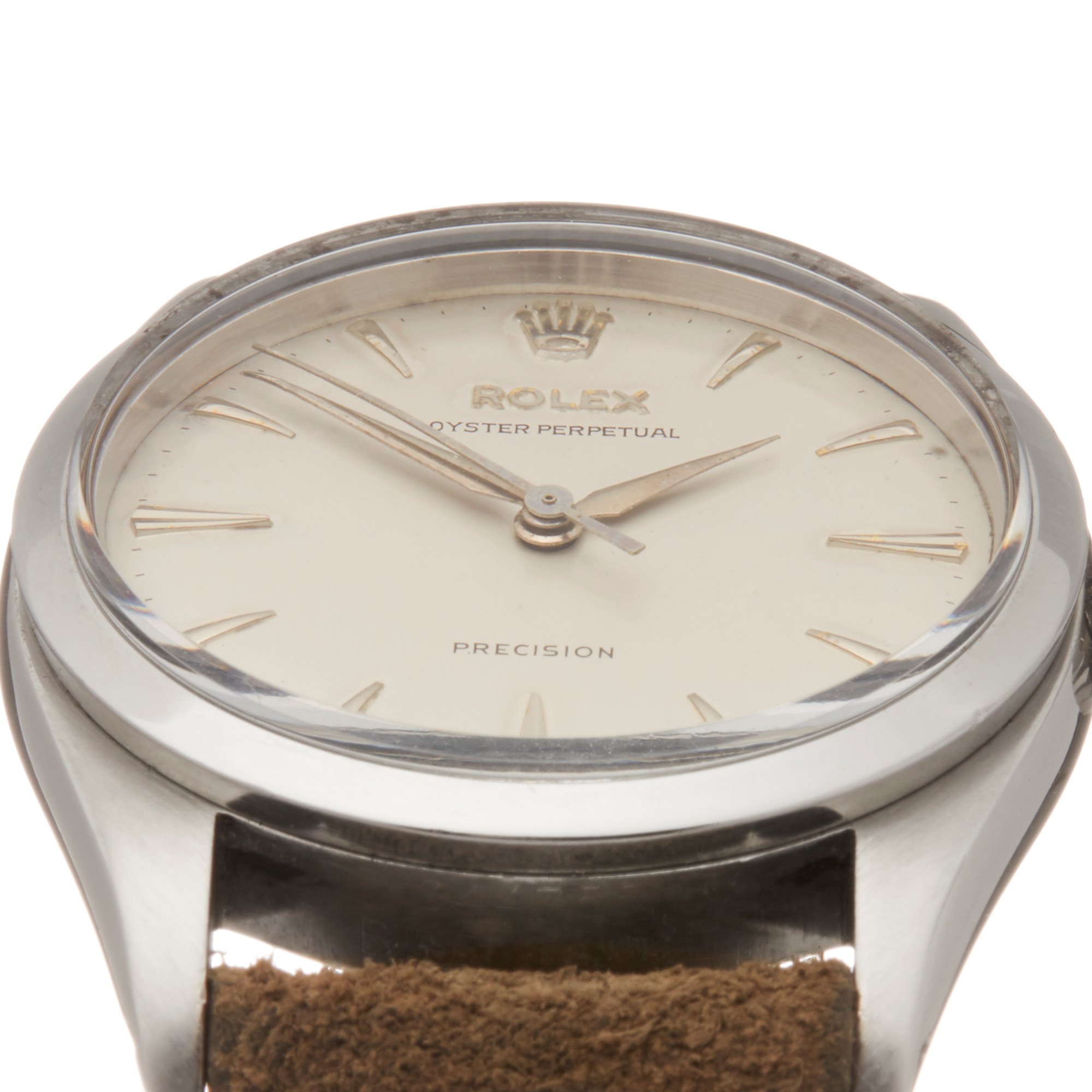 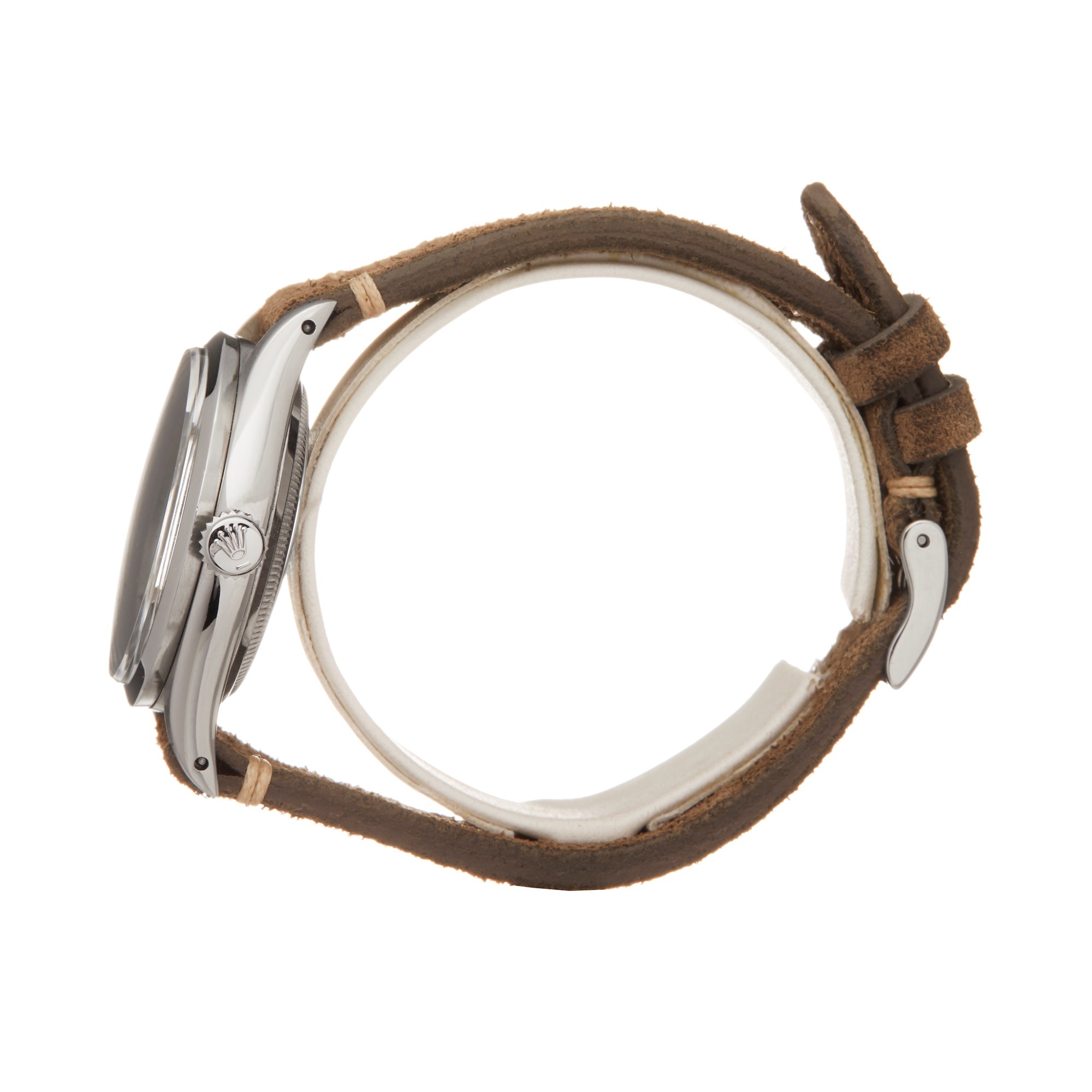 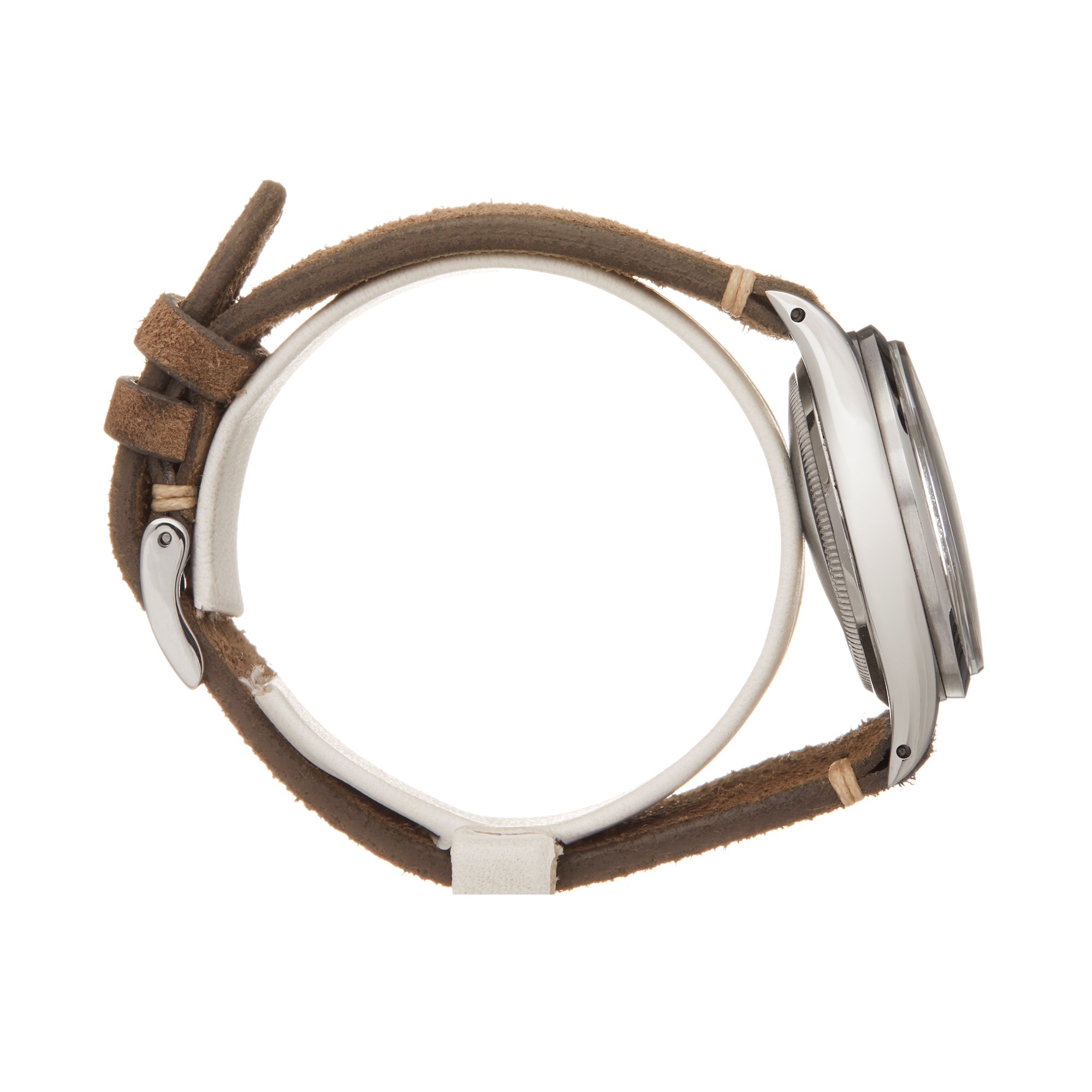 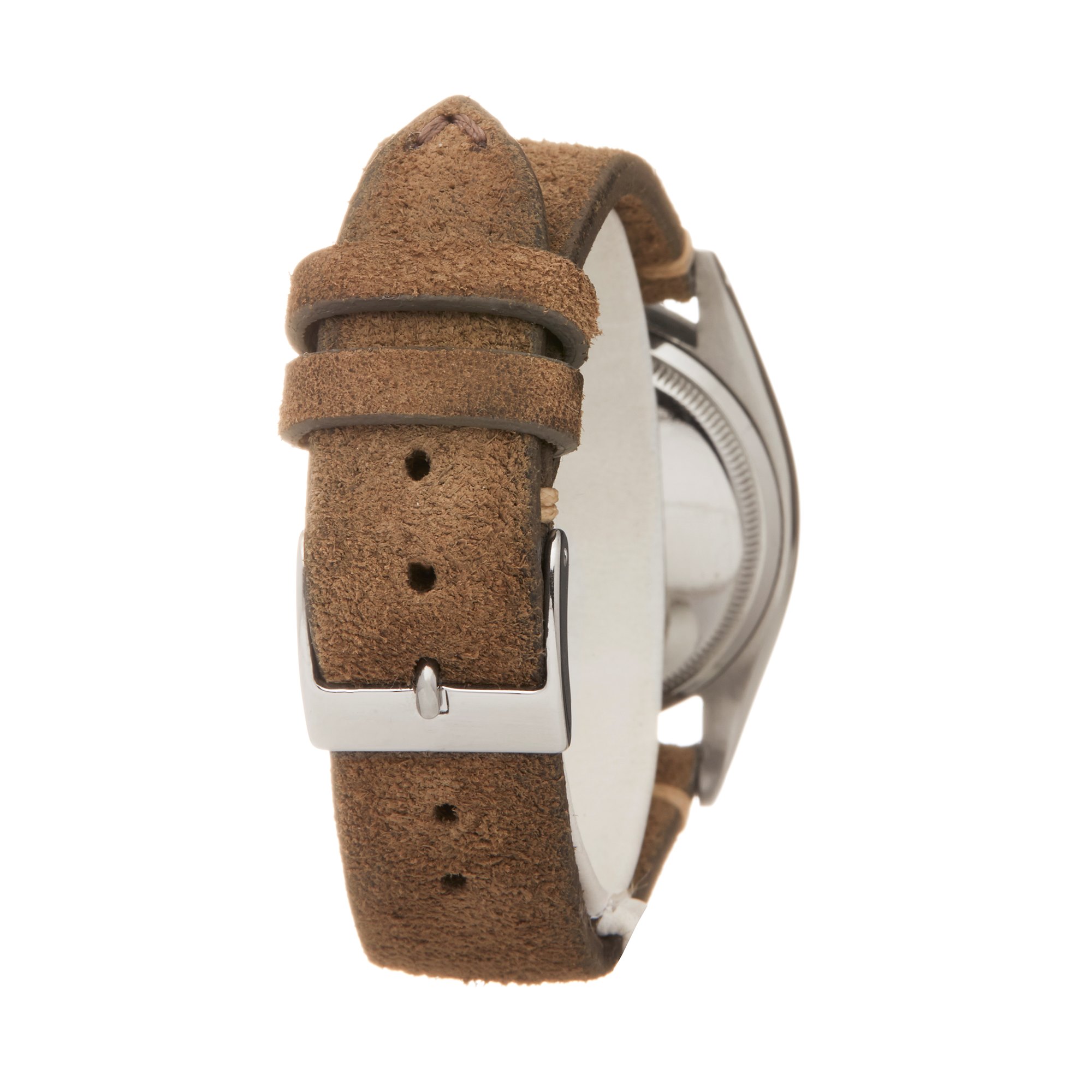 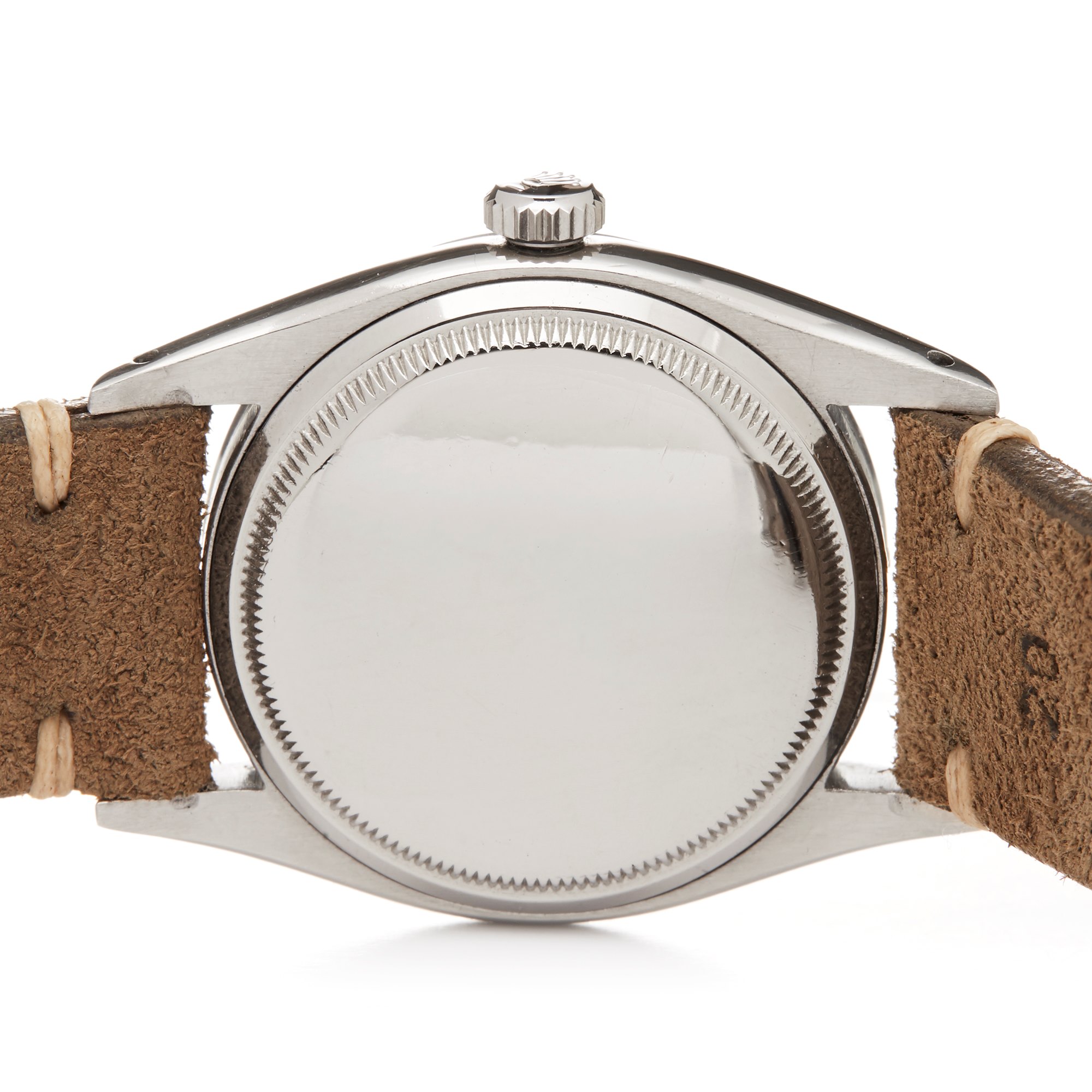 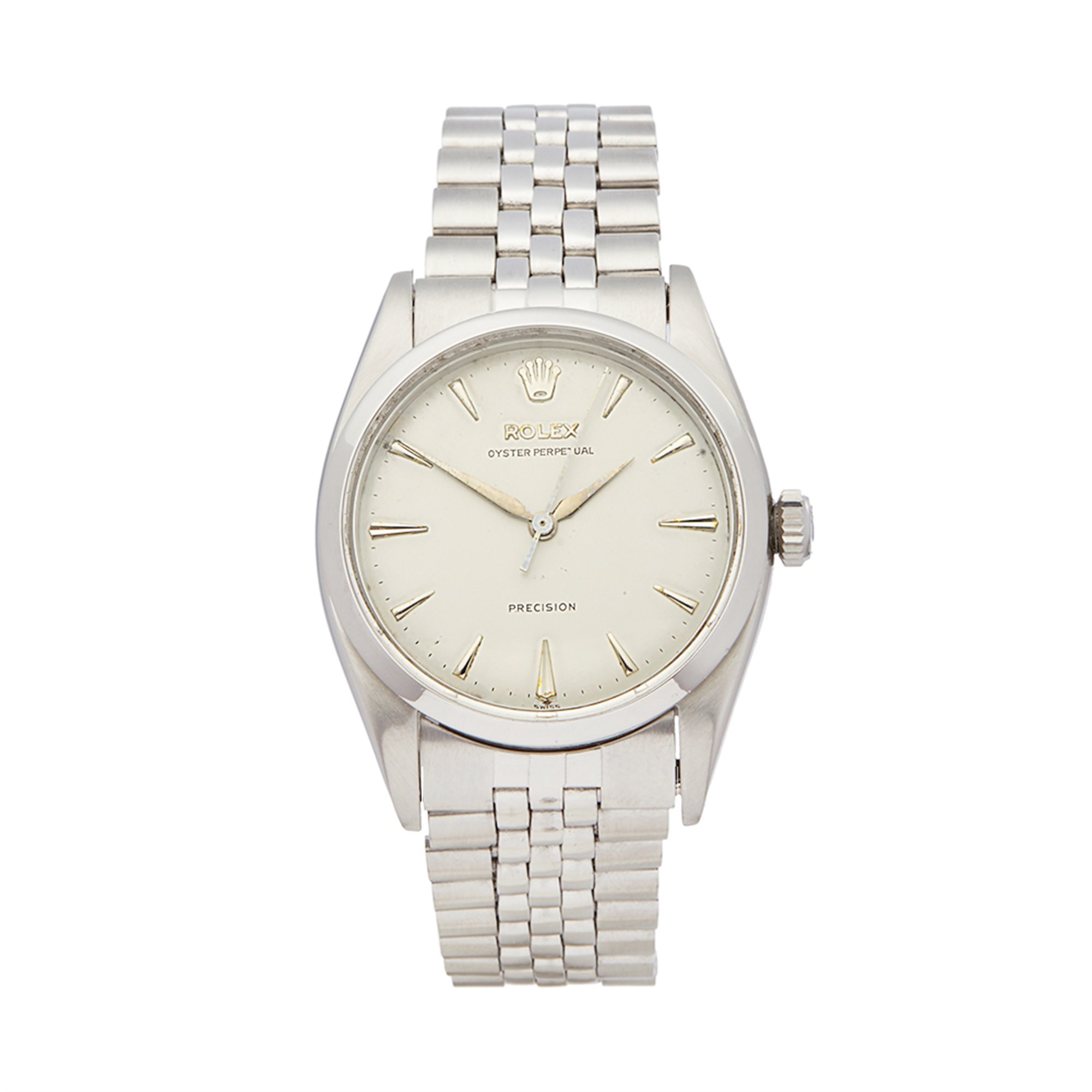 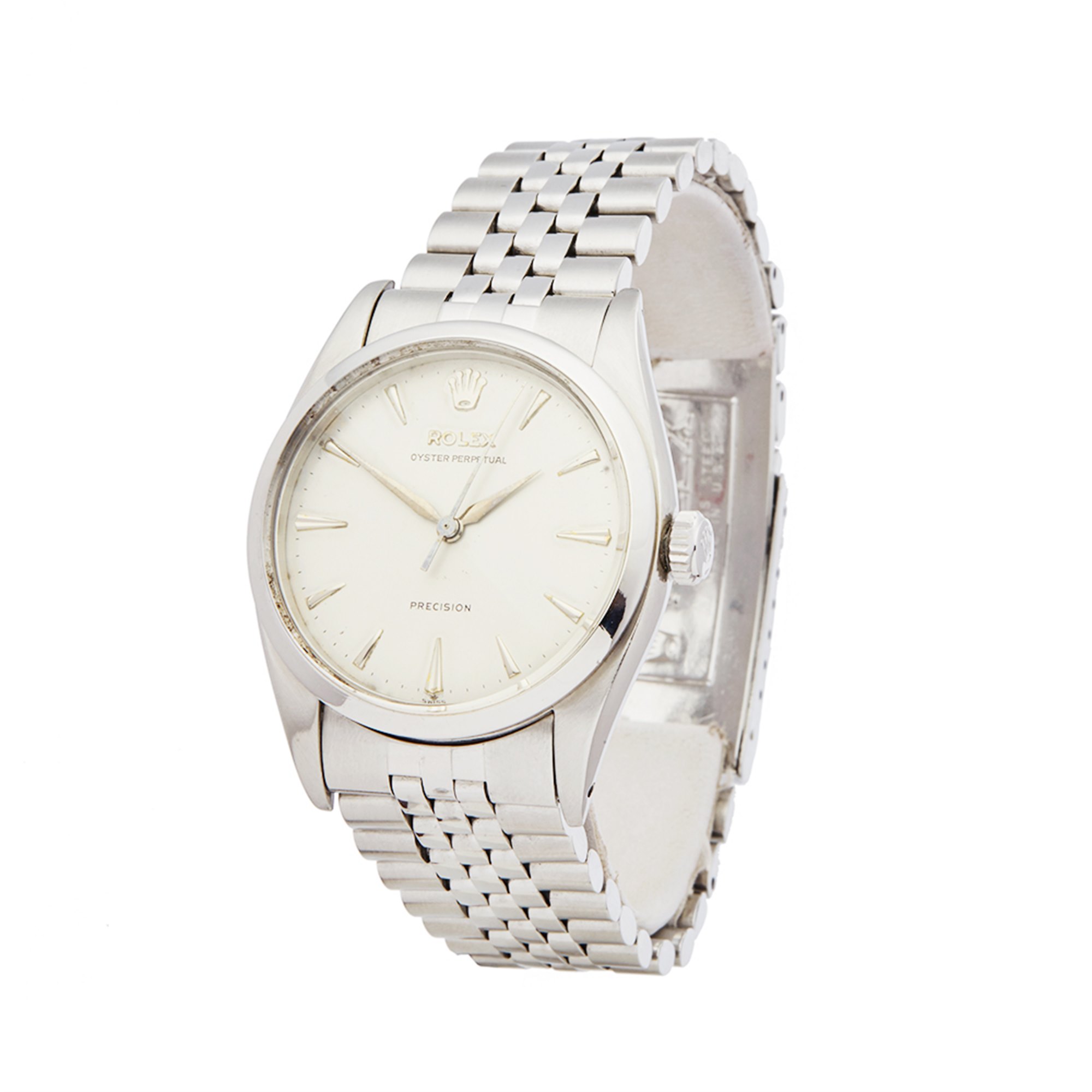 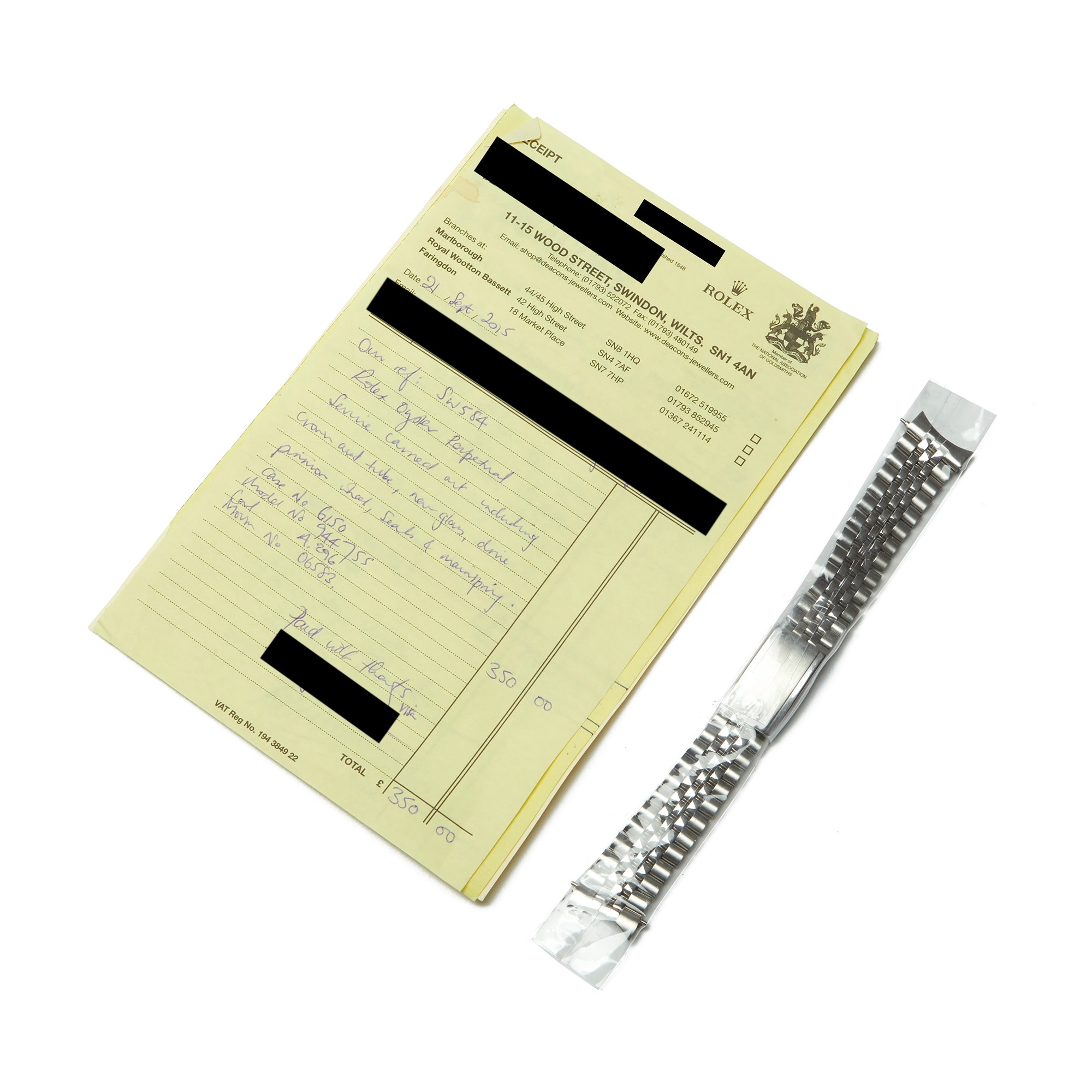 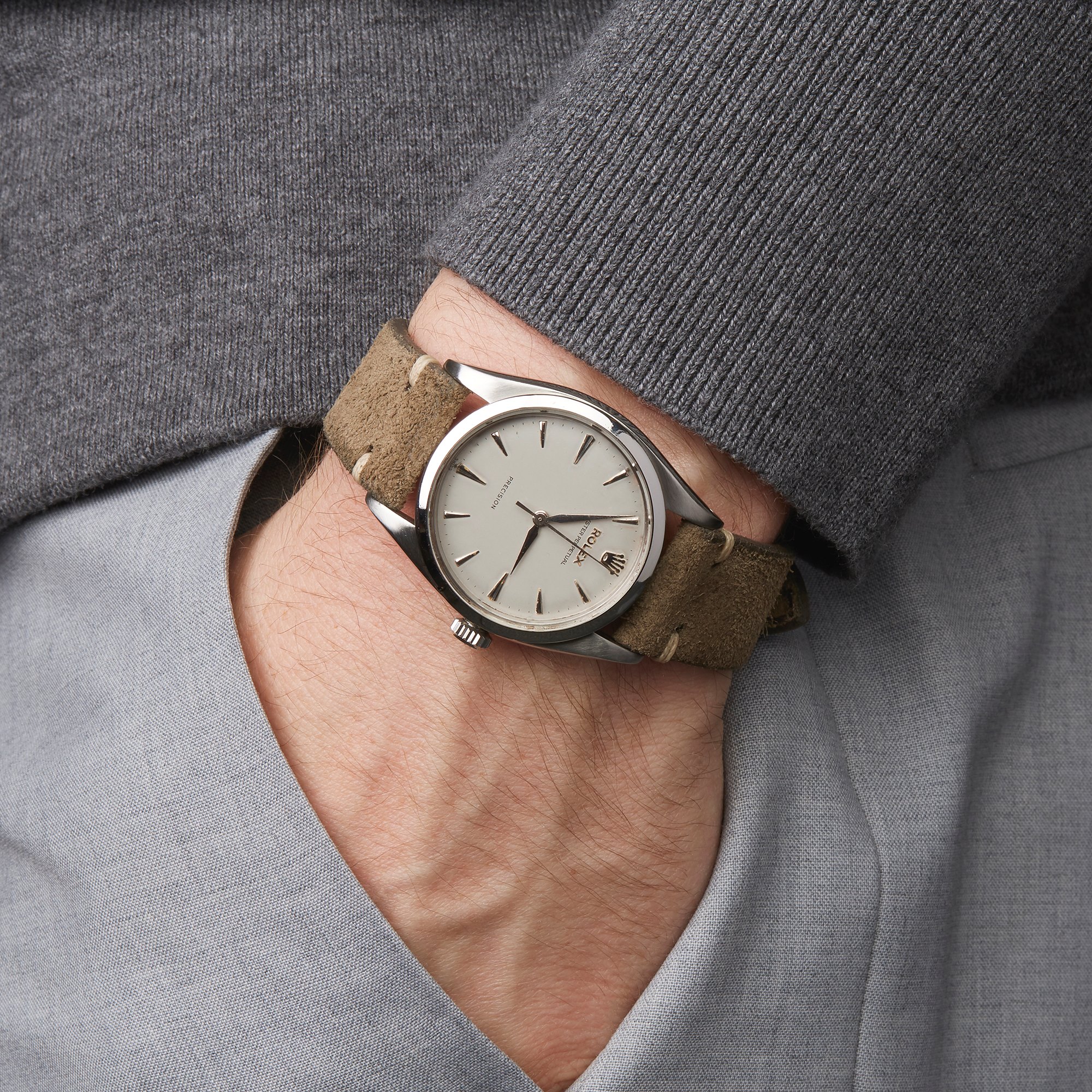 "As one of the classic examples of an understated men’s Rolex of it’s time, this 36mm stainless steel case Oyster Perpetual ref. 6150 is a predecessor of the Rolex Explorer, before the Rolex “Explorer” was released and written on the dials. The 36mm case size is slightly more desirable as a rarity from the more common 34mm case sizes of the time.

The first Rolex models with “Explorer” written on the dials started with the reference that followed – the 6350. Therefore this 6150 gave birth to the Explorer as it was eventually called. The 6150 was also born directly out of exploration of the truest nature. The previous Rolex reference 6098 was a chronometer certified movement and developed with real world explorers in mind. Models like the ref. 6084 and ref. 6098 were said to be worn by Alfred Gregory, Sir Edmund Hillary and Sherpa Tenzig Norgay – the first explorers to reach the summit of Mount Everest in May 1953.

The Rolex reference 6150 was released in 1953 after the staggering popularity shown in the Everest Rolexes, and so this is the model put into the public market. Discovering the full range of dial variations made over the following 8 years, before the release of the Explorer 6530 in 1959, could keep you busy researching for months. We rarely see a white dial such as this, with it’s simple baton hour markers and sparse dial writing, showing only Rolex Oyster Perpetual Precision. This simple dial may have been a transitional model before the popularity of the Explorer dials inflated.

Later on, words such as “Explorer” and “Self Winding Rotor” were added to the dial, along with the famed 3, 6, 9 hour seen in Arabic numerals on some of the rarest early Explorers and early ref. 6530s.

This dial shows a natural discolouration and some patina due to ageing. The movement is an A296 and the inner caseback reads “IV 1953” indicating it’s age of manufacture and which quarter in that year – a common dating technique of Rolex in the 1950s.

The watch comes on a brown leather strap, with the steel Rolex Jubilee bracelet included, with unmarked end links. The watch also comes with a presentation box and certified service papers." 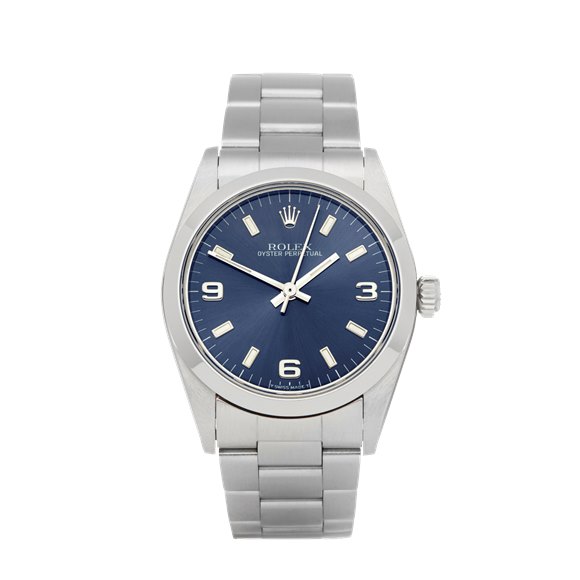 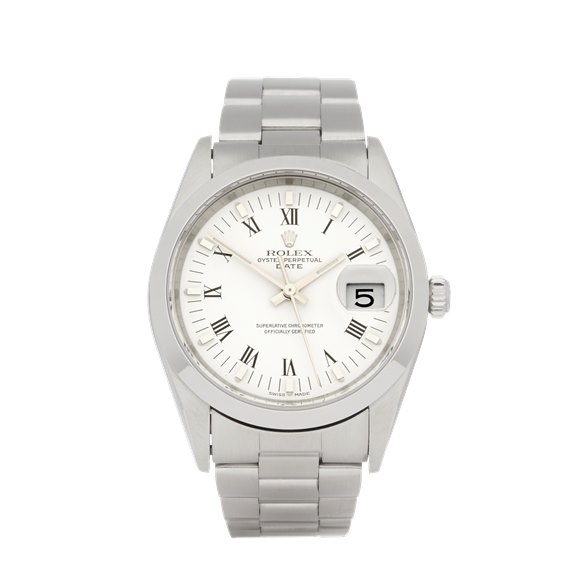 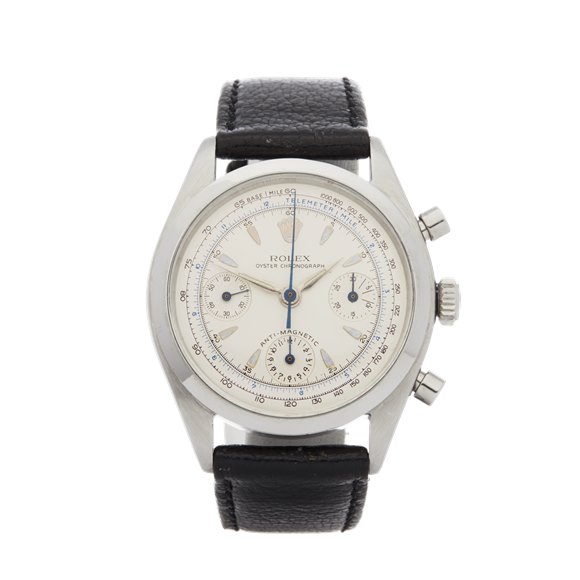 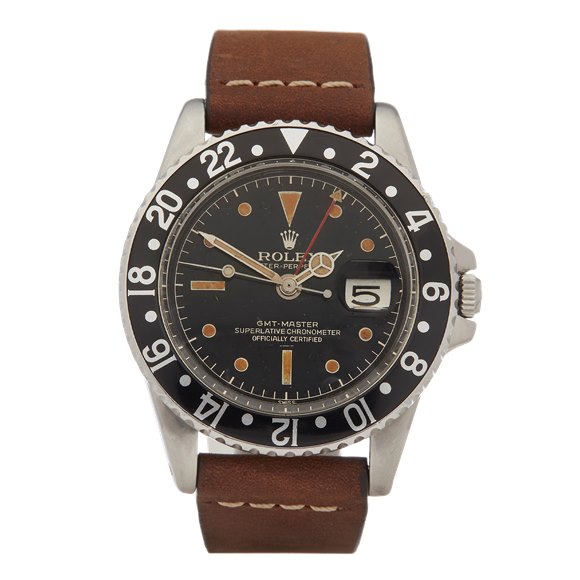 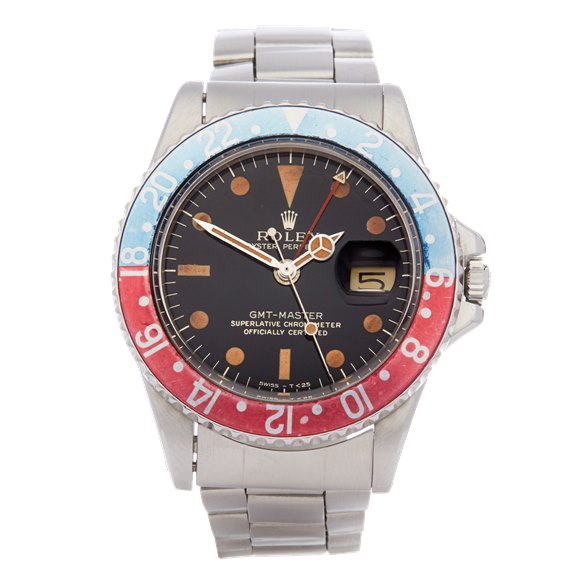 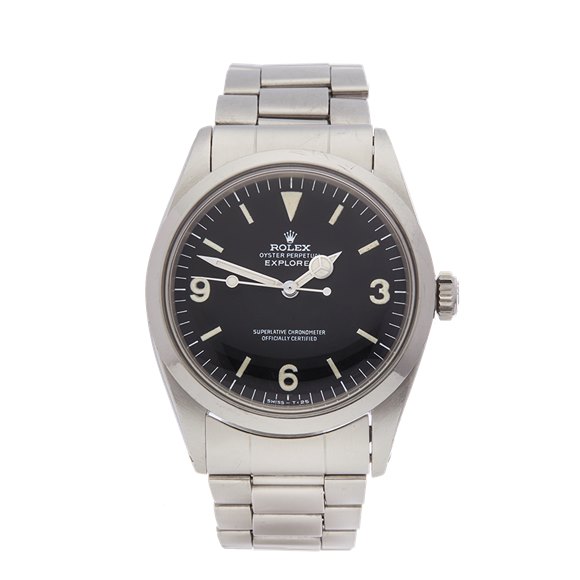 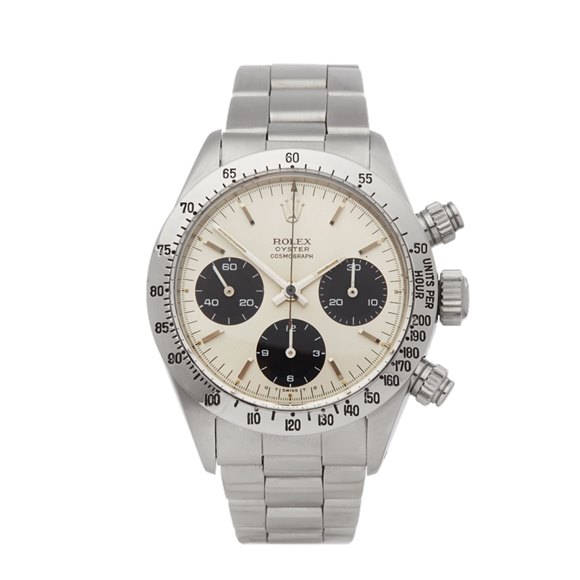 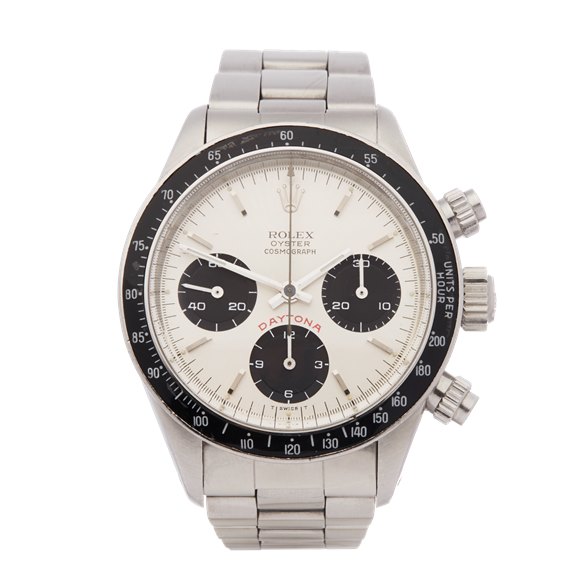