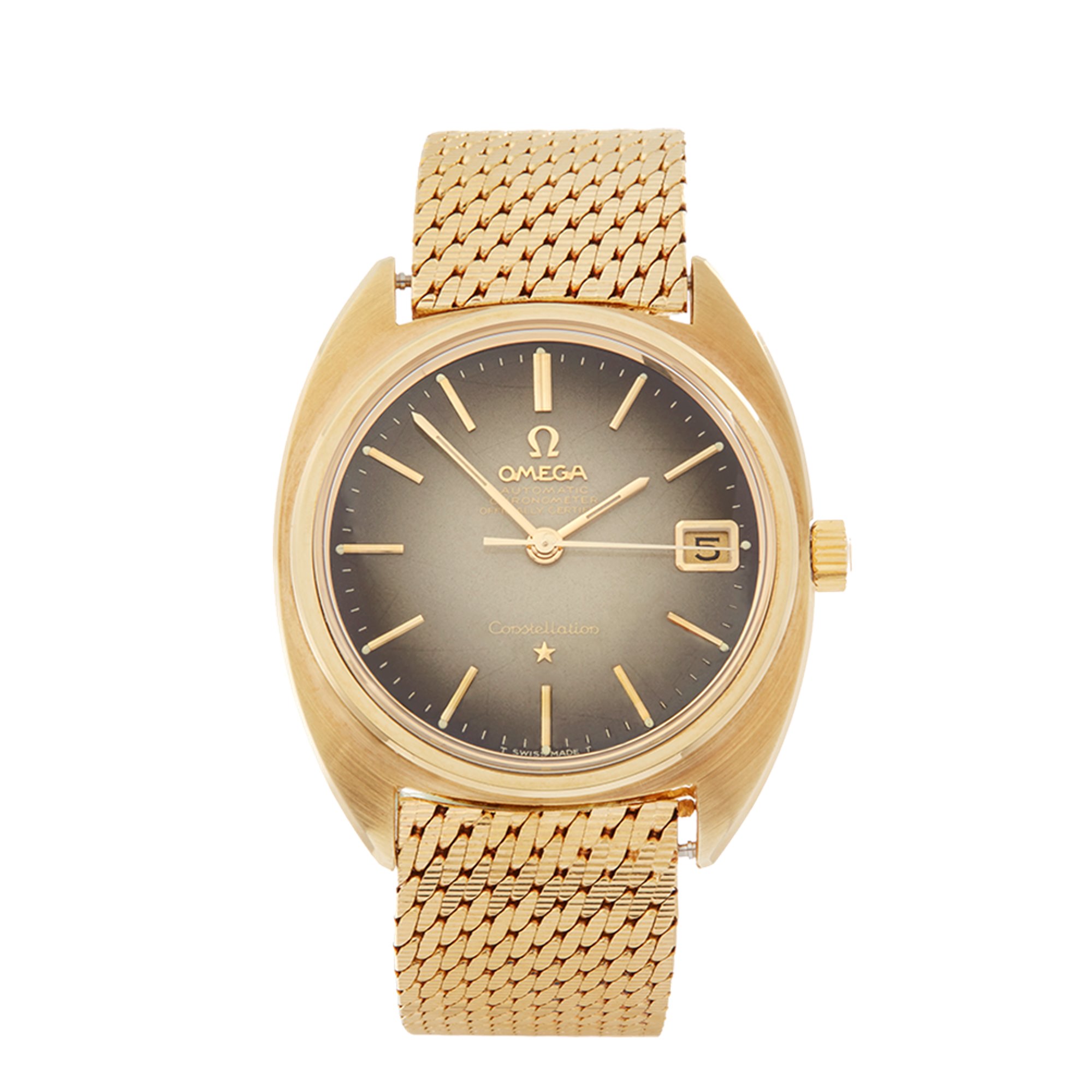 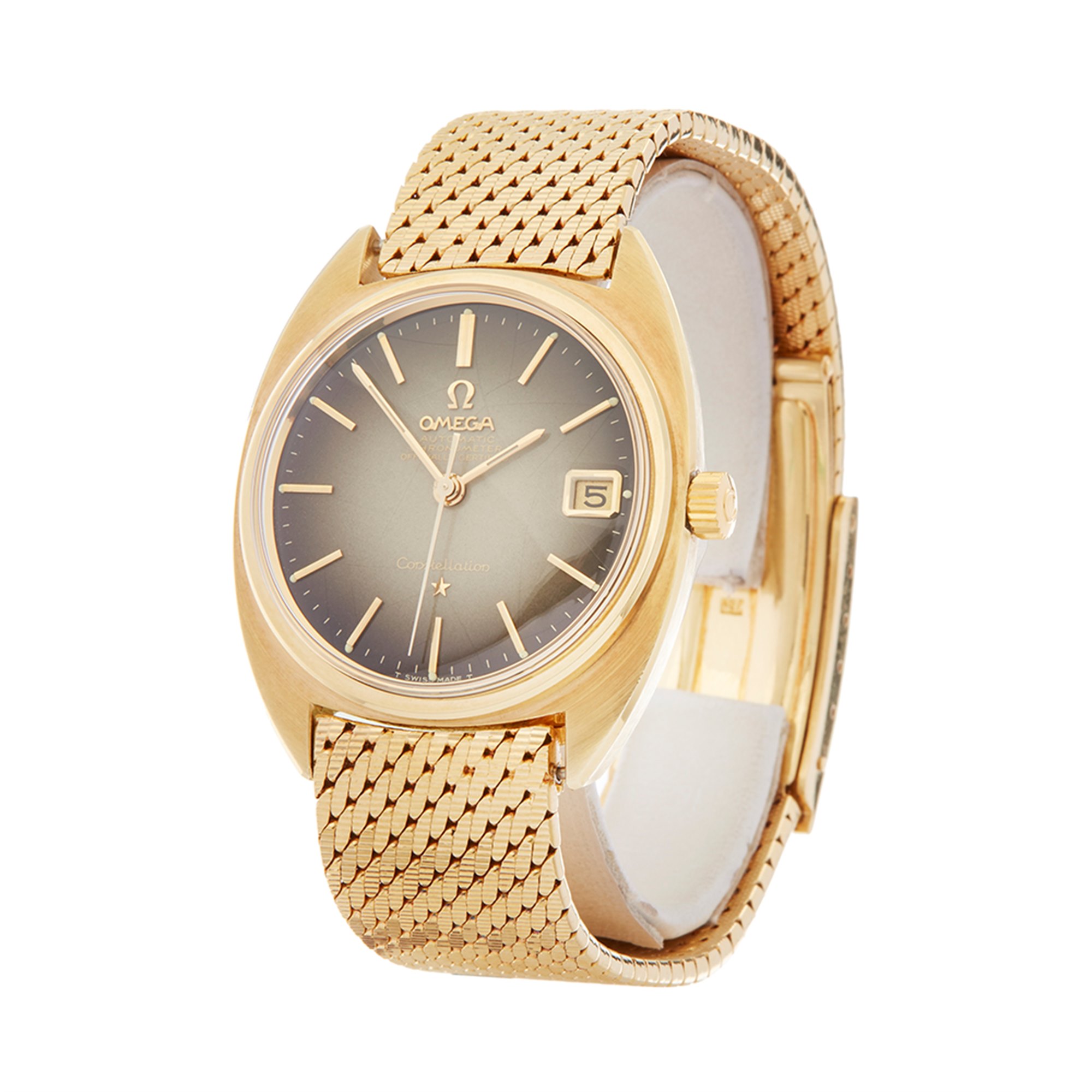 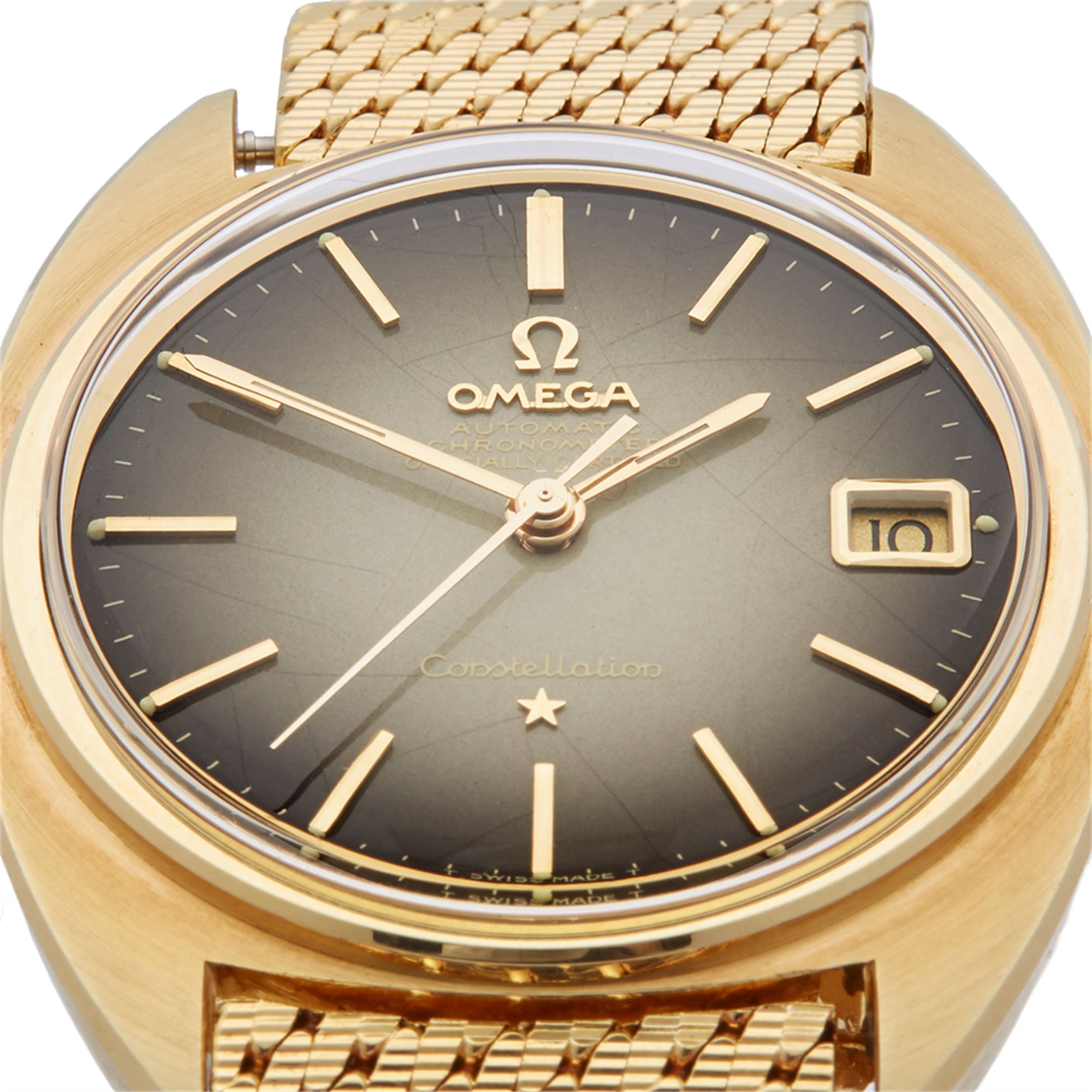 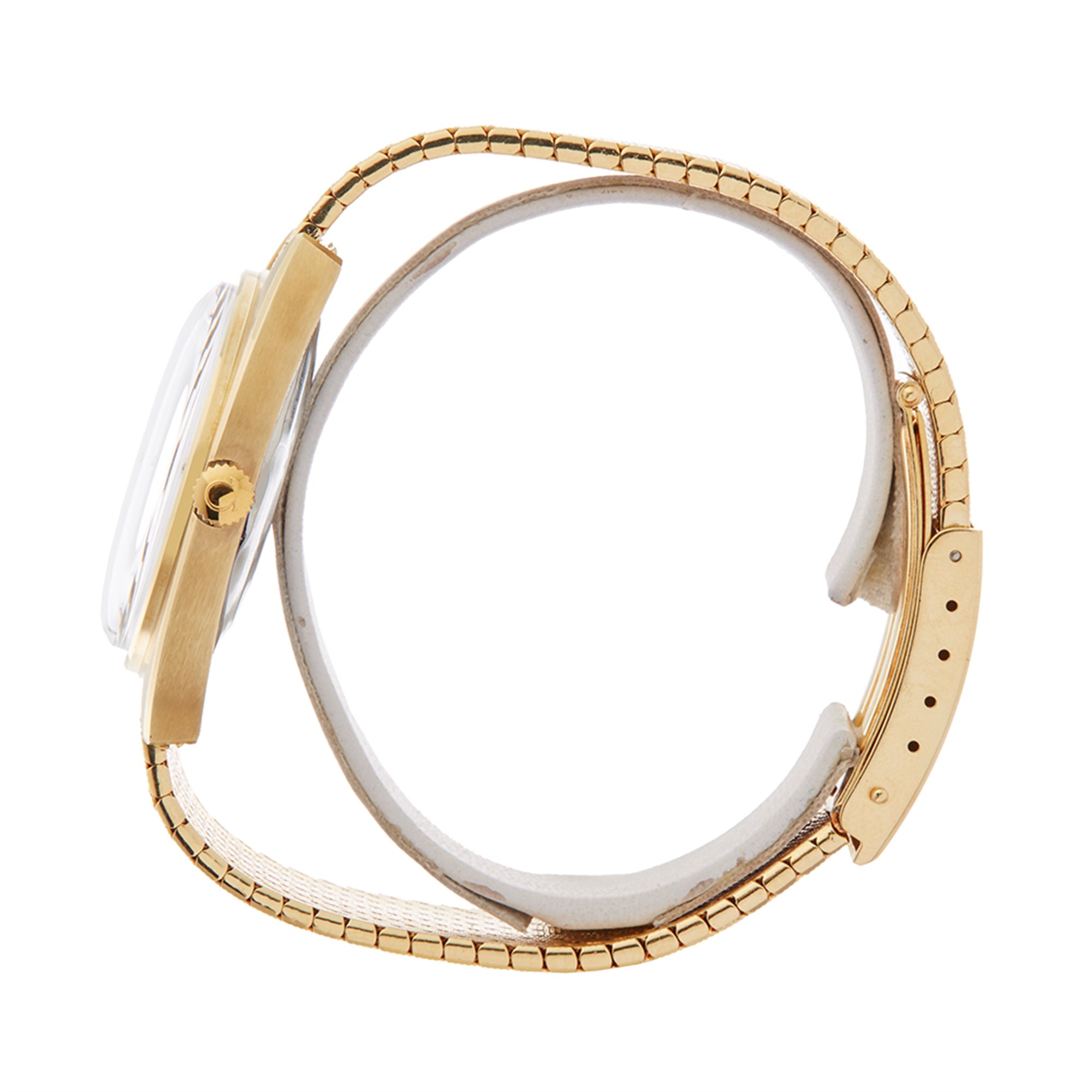 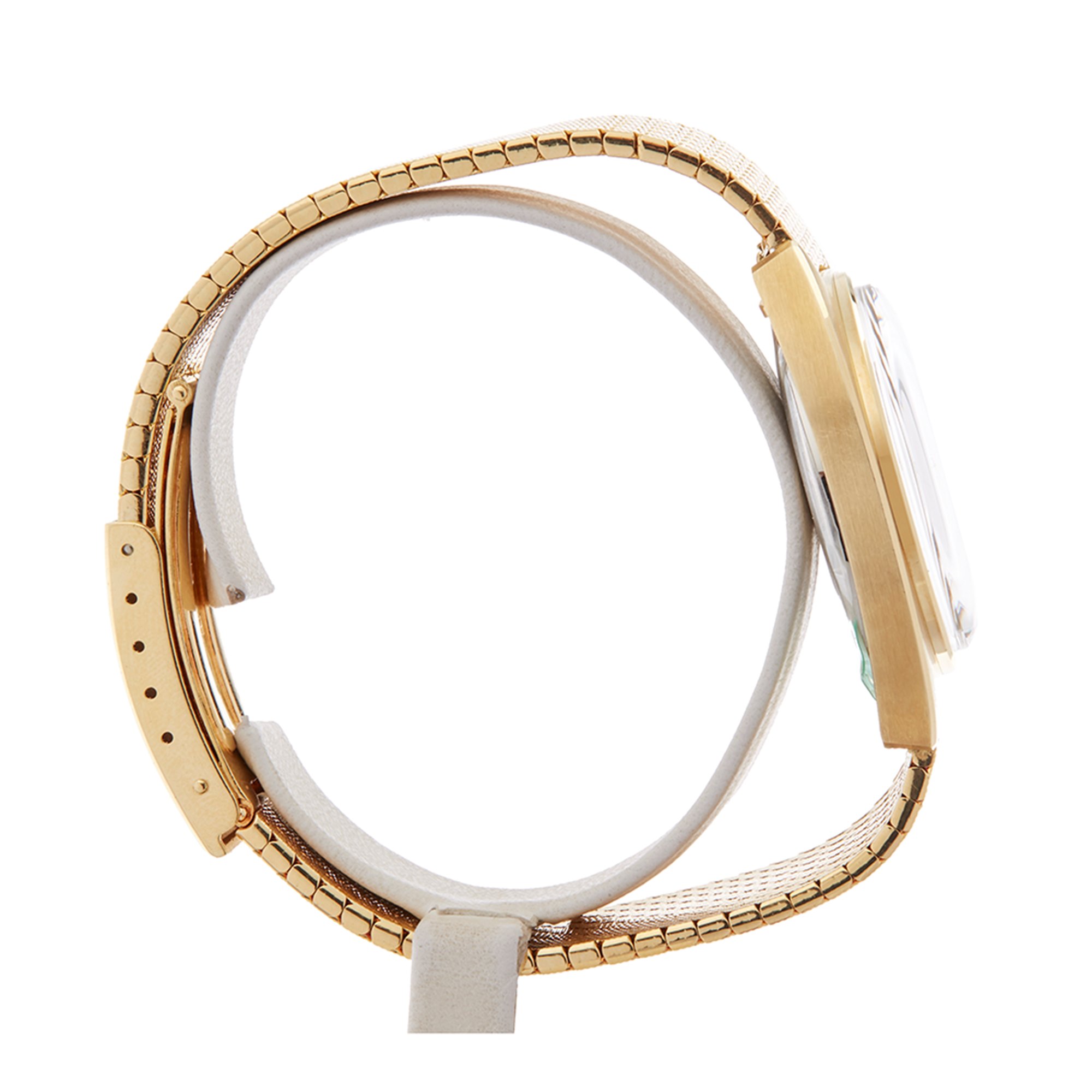 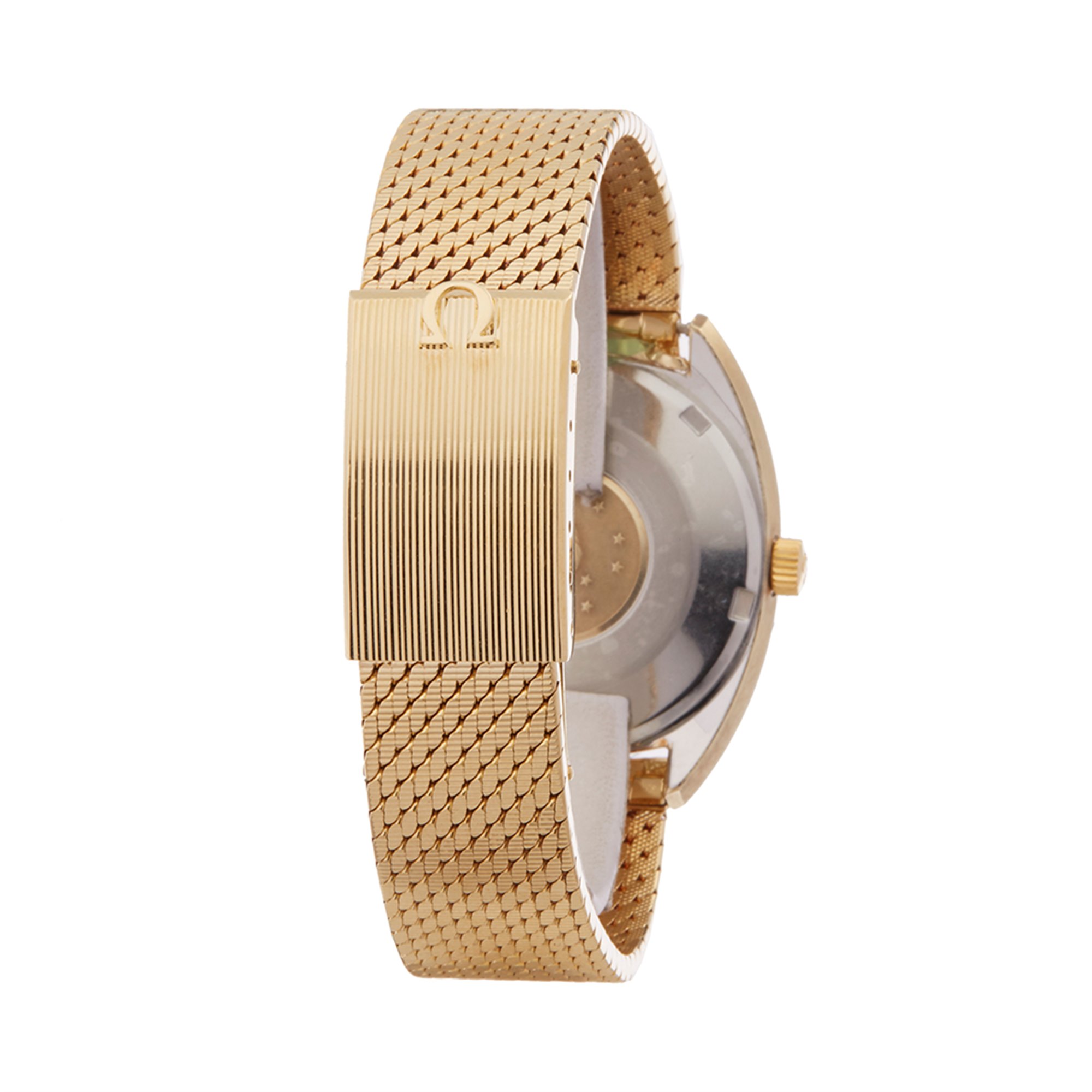 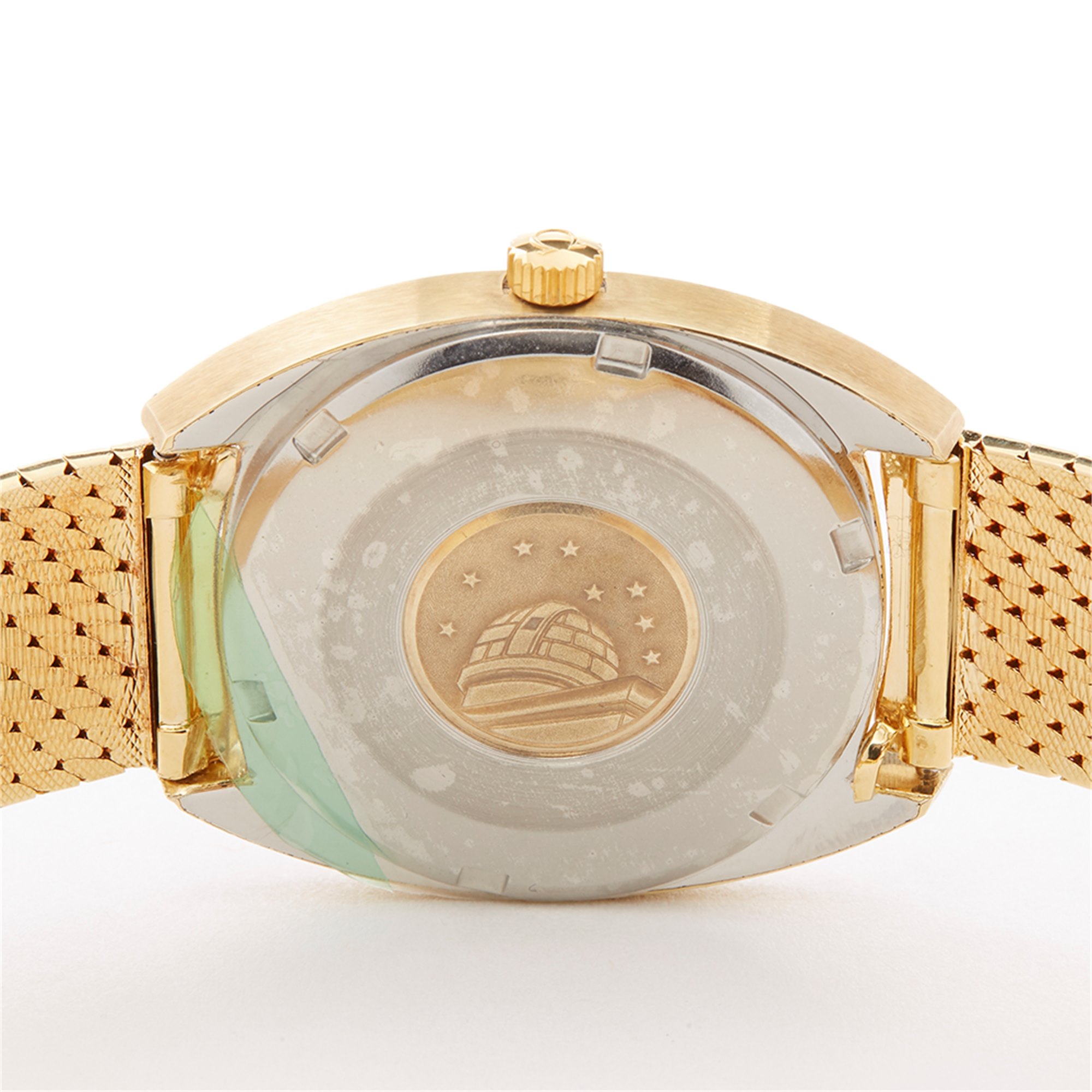 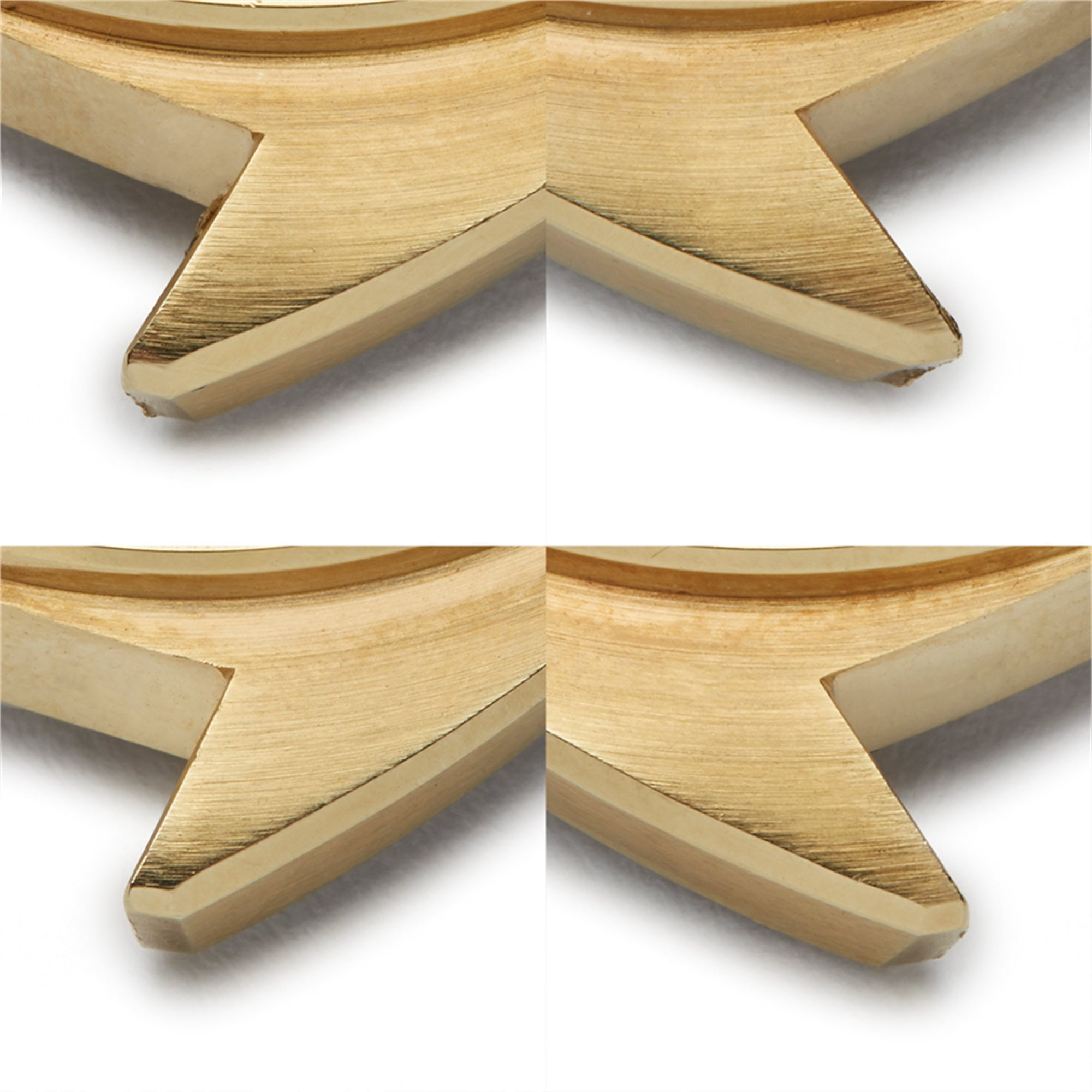 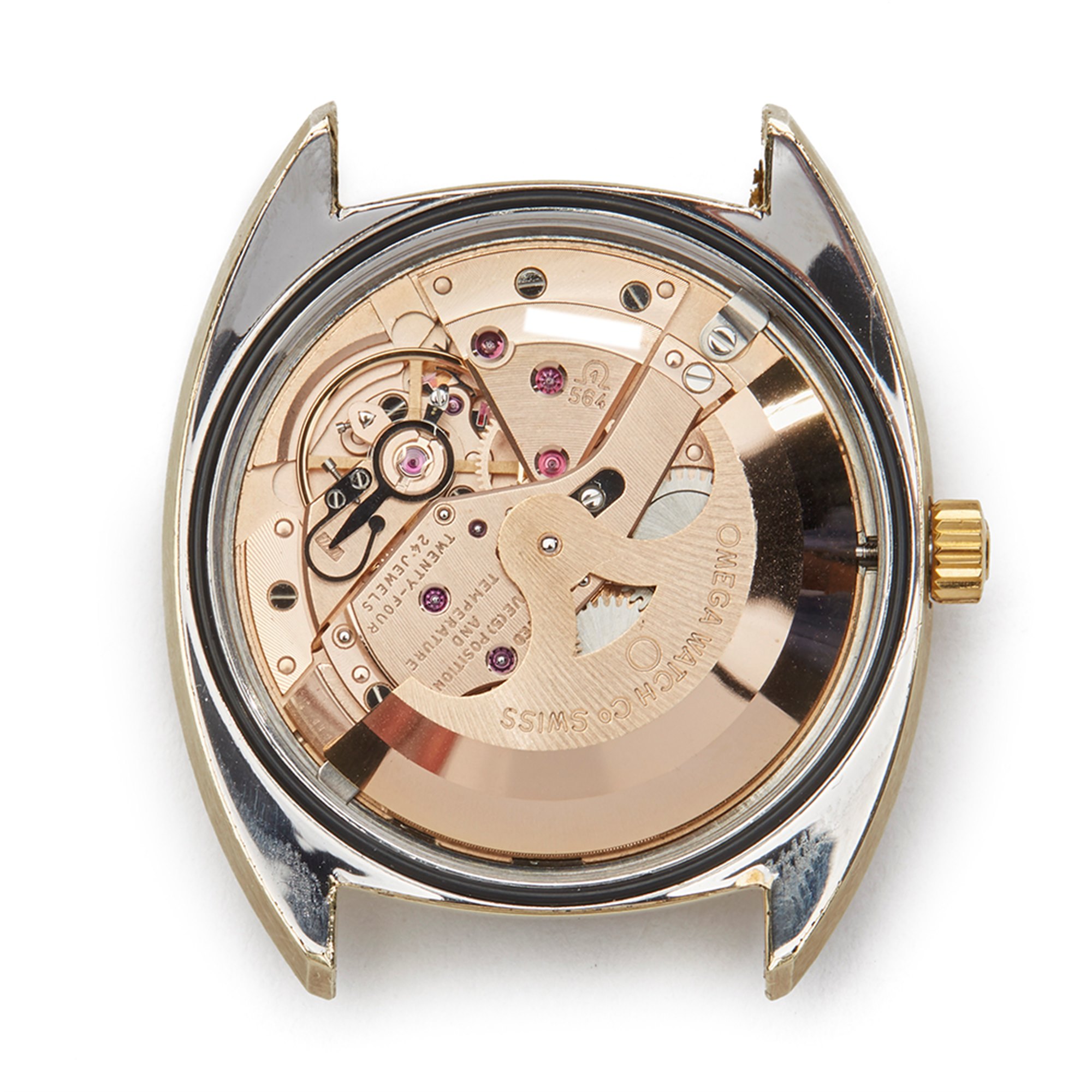 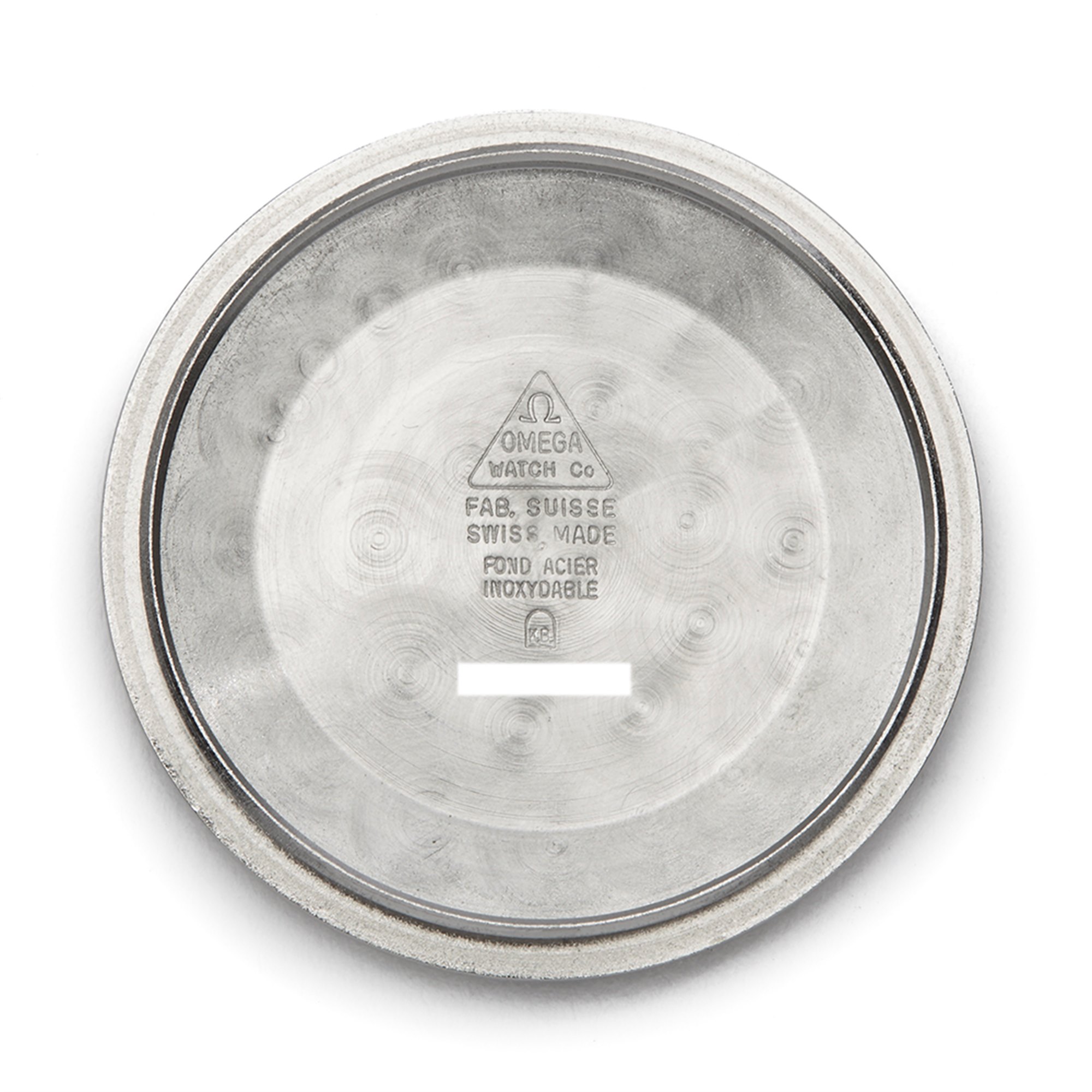 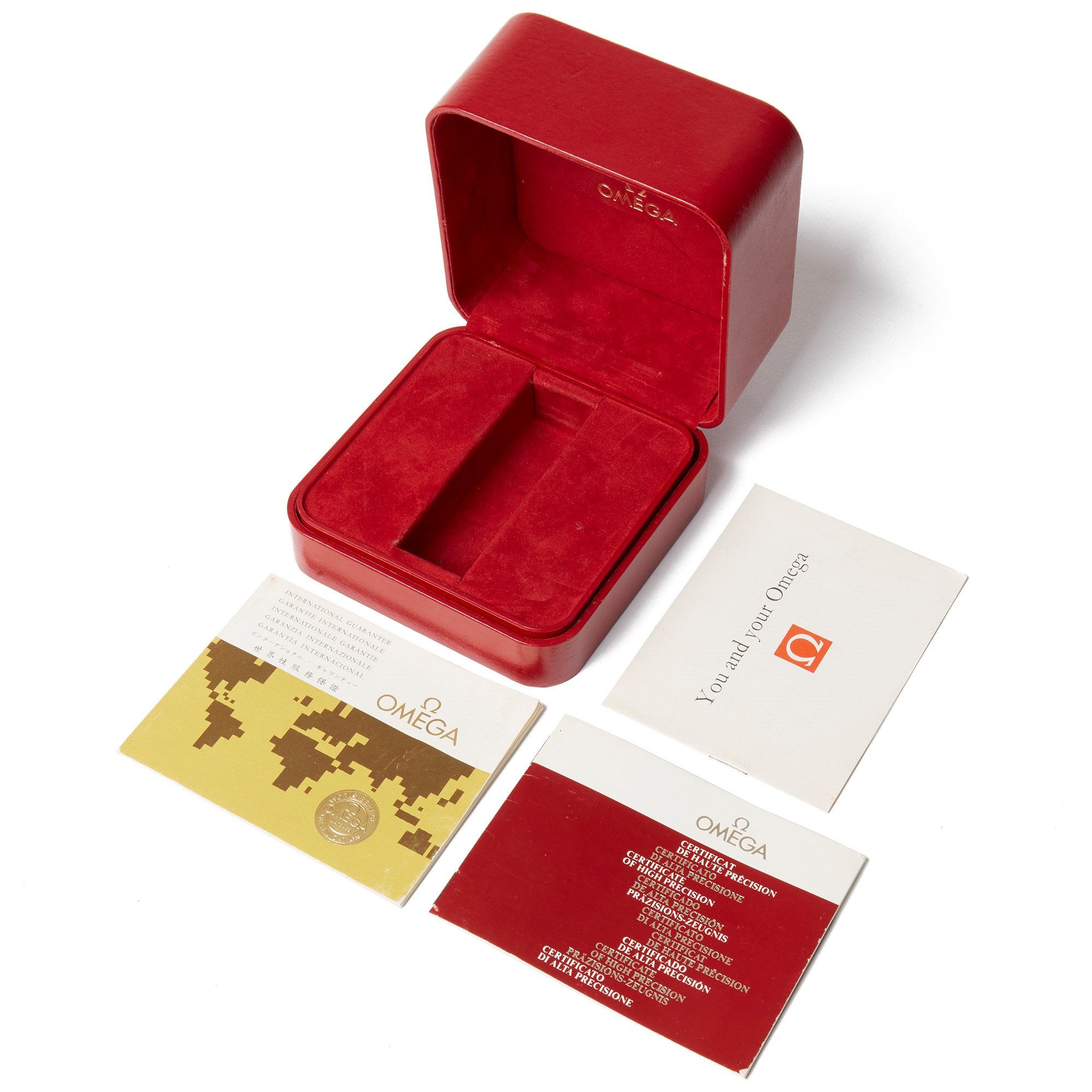 "The Constellation is widely regarded as the definitive, chronometer-grade Omega watch. It was released in 1952 and many say it was made to commemorate the Constellation Jet that flew in World War II. Omega state that its reliable chronometer name rings true with the metaphorical reliability of “a group of stars whose movement through the celestial vault is consistent and predictable”. Both adequate explanations for its naming.

The Constellation was released to the public in steel, yellow gold and rose gold, all with chronometer movements and a continually evolved range of rich, clean dials and elegant case shapes. All Omega constellation models will be engraved with the Observatory of Geneva with eight stars above in the sky – these eight stars signify the eight chronometric achievements won by Omega at the Observatory in 1931 during what is known as the “clean sweep”.

This particular model has an 18k yellow gold case and is 35mm in diameter. The dial has a sunburst tone lightening to the middle, with a brownish-green colour. The paint has naturally cracked a little over time, giving the dial surface a unique pattern.

The stick hour batons and stick hands create an angular and crisp gold contrast upon the darker dial tone. The gold date window shows off the dusky-gold date disc with black date numerals.

The watch contains a 24-Jewel, Omega in-house calibre 564, in perfect working order, with a serial number dating 1969. The caseback is signed and stamped CD168017SP.

The case in excellent condition with soft brushed case edges and clean, polished bevels on the lugs. The full 18k yellow gold chain bracelet has an original Omega deployment clasp." 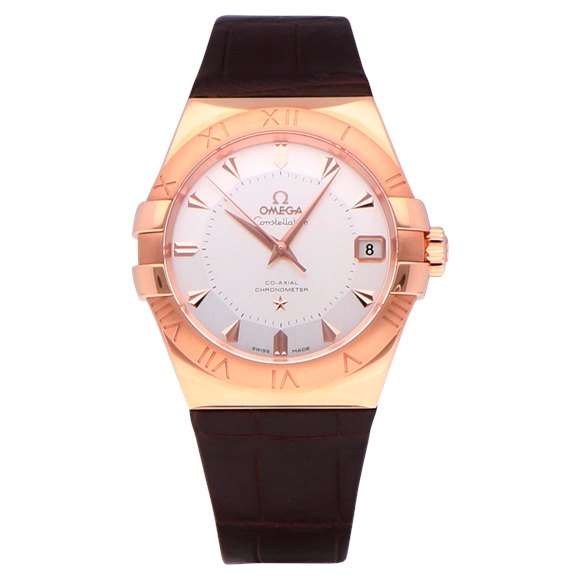 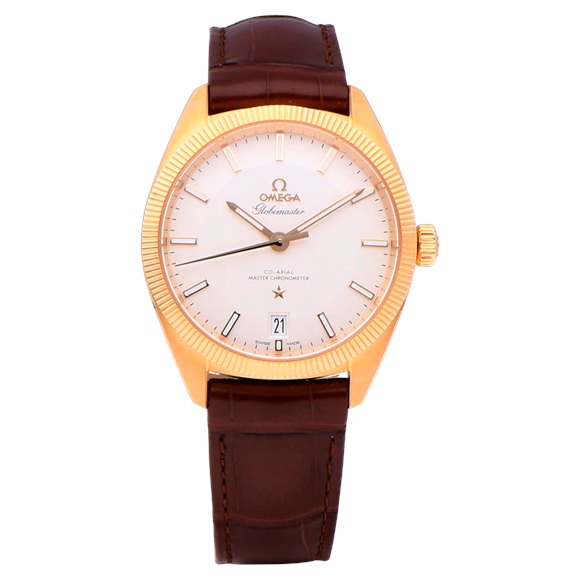 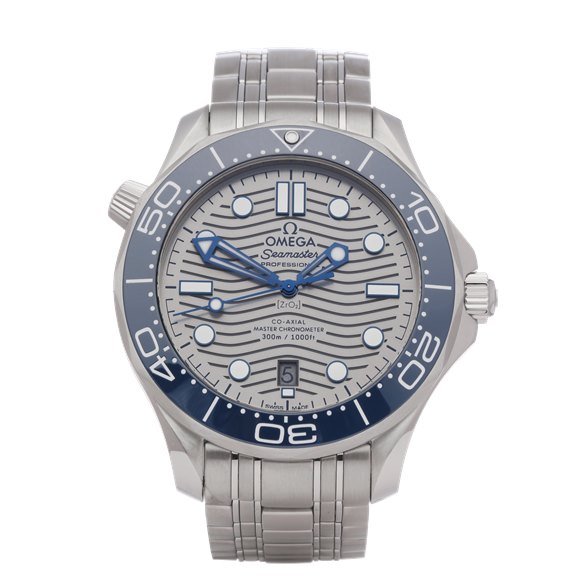 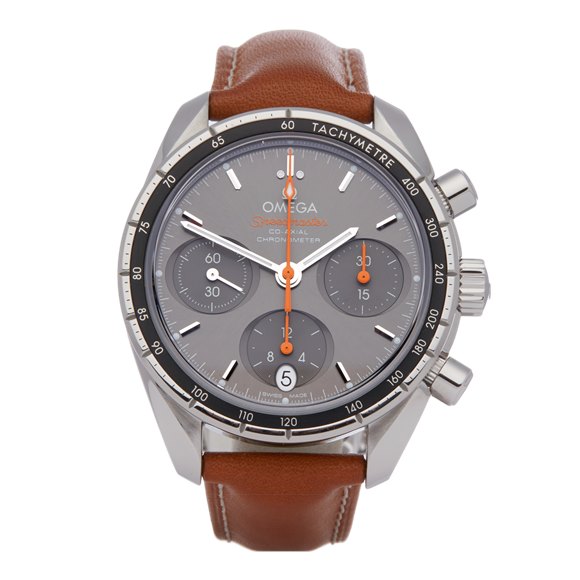 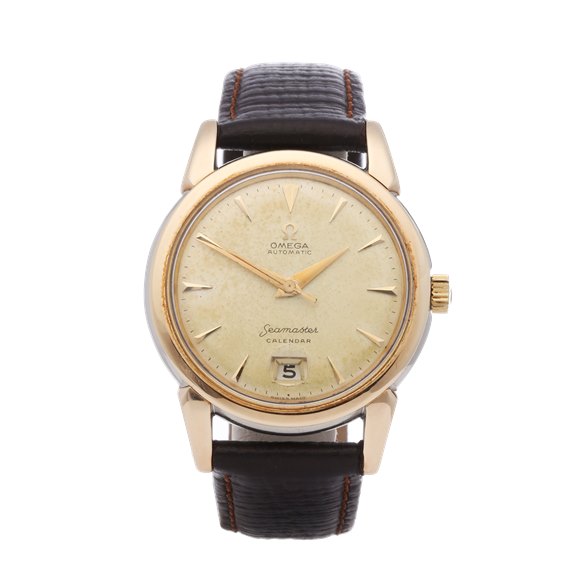 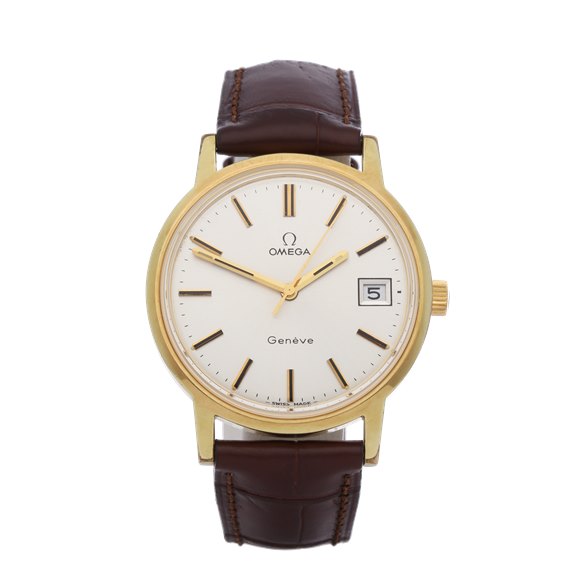 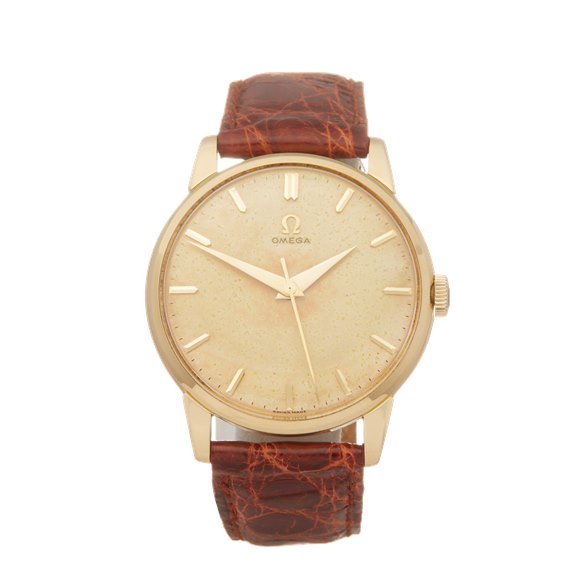 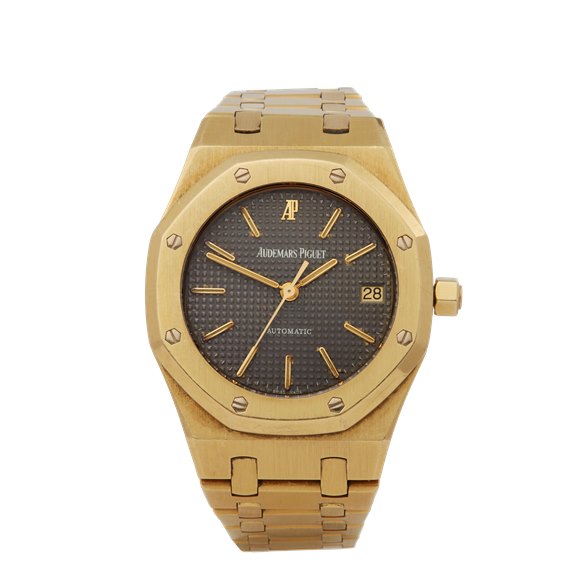